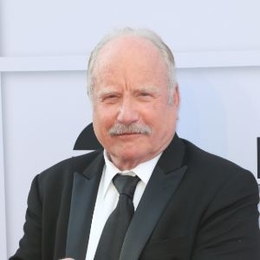 Richard Dreyfuss has been one of the most recognizable faces and names in cinematic history. In his many decades of acting in the film industry, he has starred in some of the 20th century's highly acclaimed and successful Hollywood movies. His most renowned works are American Graffiti, Jaws, Stand by Me, The Goodbye Girl, Down and Out in Beverly Hills, etc.

Richard is currently in matrimony with his lovely wife, Svetlana Erokhin. The couple walked down the aisle in the presence of their family and friends on March 16, 2006.

It has been over fourteen years since they exchanged wedding vows, and there have been no rumors of a split between them. However, the couple does not share any children from their marriage. 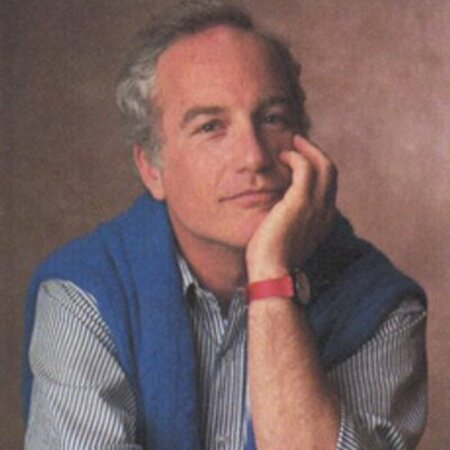 Richard Dreyfuss is renowned for his movies such as Jaws and What About Bob? SOURCE: Twitter (RichardDreyfuss)

The Jaws actor lives a pretty closed-up life and offers little insight into his life. Although he is active on social media, he has a minimum presence in it as well. Dreyfuss prefers to live a tranquil life with his family.

But before he tied the knot with his spouse Svetlana, he was in matrimony with two women. So, who are they, and how long was he married to them? Keep reading to learn more!

The Academy Award winner's first wife was Jeramie Rain. Rain is an American writer, producer, and former actress with whom he tied the knot on March 20, 1983.

All of his three children are grown up now and his oldest son Ben is a journalist and actor. The actor still shares a good relationship with his kids and in an interview told that he is proud of them. 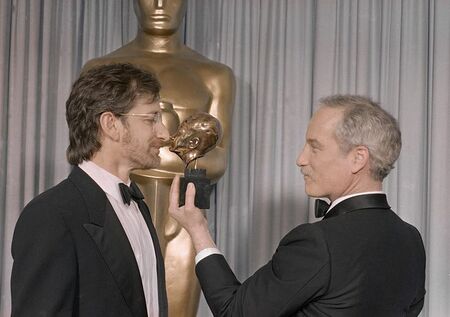 The celebrity duo lived a normal and happy married life for almost a decade, but in February 1992, both of them decided to live separately. Richard filed for a divorce and subsequently officially separated from Jeramie on September 14, 1992.

Less than seven years later, "The Last Laugh" actor married Janelle Lacey on May 30, 1999. The marriage turned out to be like, marry in haste, repent at leisure. Just six years later, the pair divorced without sharing any kids in 2005.

After two failed marriages, in an interview, the veteran actor said:

"I don't think any man is capable of having a serious relationship until he's in his 50s," he muses, "because everything else is practice. I can't really recall a period within that wild period when I didn't have a hell of a good time. But I also knew that I wasn't a very admirable person and that bothered me. When I stopped I was thrilled that I could become an admirable person again."

Hopefully, the third time is the charm for him!

Apart from many things he is famous for, Richard Dreyfuss is also notorious for his lewd behavior towards females. In 2018 two New York women, Beth and Susan came forward and stated that they were groped by the "Stakeout" actor backstage at Broadway 2004.

The women stated that Dreyfuss touched and hugged them without asking them permission. The photos snapped at the time of the incident also indicate that the story is genuine. 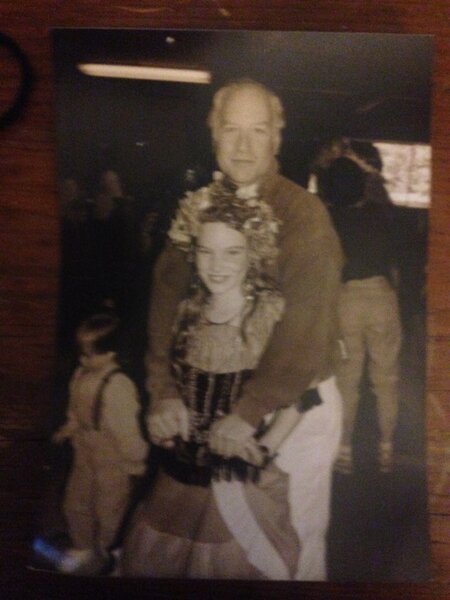 In November 2017, Teich stated that she faced continuous harassment for a couple of years in the mid-1980s when she worked as a researcher and junior writer on a television project of Dreyfuss'.

The writer also revealed that Richard even exposed himself in front of her. Recalling that incident,

"I remember walking up the steps into the trailer and turning towards my left, and he was at the back of the trailer, and just — his pe**s was out, and he sort of tried to draw me close to it.”

Dreyfuss never asked for her to fellate him or jerk him off, Teich says, but she remembers the situation was unambiguous.

“He was hard. I remember my face being brought close to his penis,” she continues. “I can’t remember how my face got close to his pe**s, but I do remember that the idea was that I was going to give him a blow job. I didn’t, and I left.”

Teich recollects "it was like an out-of-body experience," and she did not talk about the incident to anyone and kept to herself for years.

In response, the actor emphatically denied exposing to Jessica but admits he did flirt with her.

From his career in the field of acting, Richard has amassed a net worth of $5 million, as of 2019. He earned millions of bucks in his glorious career, but due to his lavish spending, his wealth has been downsized.

In 1973 when he was shooting for the Oscar-nominated movie American Graffiti, he earned $480 per week. Fast forward eighteen years later, he made $5 million for starring in the film "What About Bob?", which is astonishing for that time.

It is safe to say that few actors had a distinguished career like Dreyfuss has. Over half a century in the acting industry, he has been in many acclaimed movies.

Most notably, he played the main character of Elliot Garfield in the movie "The Goodbye Girl." In the romantic comedy-drama film, he played alongside Marsha Mason, Quinn Cummings, and Paul Benedict.

Check out the clip of Richard Dreyfuss's movie The Goodbye Girl (1977)!

Dreyfuss is the co-author of American science-fiction novelist Harry Turtledove of the novel "The Two Georges," published in 1995. The book costs $32.89 on Amazon.

In the 2000s, Dreyfuss expressed his sentiments for the right to privacy, freedom of speech, democracy, and individual accountability. In 2011 and 2014, the American Graffiti actor was elected to the watchdog group based in Washington D.C. Common Cause National Governing Board.

In September 2016, actress Julia Lous-Dreyfus who is best known for her roles in Veep and Seinfeld was awarded at the Emmy Awards. While accepting her award and delivering her speech, Julia made the heartbreaking revelation that her father Gérard Louis-Dreyfus had recently passed away.

On the other side of the story, fans of Julia confused actor Richard Dreyfuss as the father of the actress and sent condolence to him. Richard took to Twitter that he was concerned about Julia but confirmed to everyone it was not him.

Richard Dreyfuss is married to his wife Svetlana Erokhin at present. The duo exchanged wedding vows on March 16, 2006.

The Last Laugh actor Richard Dreyfuss was in wedlock with Janelle Lacey. The two lived as married couple from May 30, 1999, to 2005.

Richard Dreyfuss's first wife was Jeramie Rain with whom he tied the knot on March 20, 1983. Jeramie is an American writer, producer, and former writer.

Emily Dreyfuss is the first child of actor Richard Dreyfuss and Jeramie Rain. She was born in November 1983.

Ben Dreyfuss is the middle child of former celebrity partners Richard Dreyfuss and Jeramie Rain. He is a journalist by profession.

Harry Dreyfuss is the youngest child of Richard Dreyfuss and Jeramie Rain. He was born in August 1990.