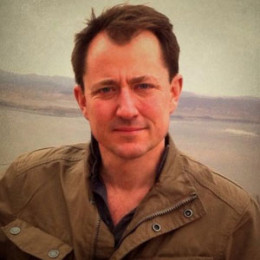 Richard Gaisford is a British journalist who works for ITV, as a reporter. He is also a correspondence and has worked for GMTV, The Sunday Programme, Daybreak, Good Morning Britain and Lorraine. He is married to Emma Gaisford and is blessed with two children which complete their happy family.

Richard Gaisford was born in the city of London, Britain and grew up in Tonbridge, Kent. He is a sibling brother of Steven Gaisford, who is also a journalist.

He attended Tunbridge Wells Grammar School and then attended Falmouth College, where he completed a diploma in Broadcast journalism.

Richard began his career as a journalist during the Gulf War. He appeared on the TV as the Relief News Presenter and Chief Correspondent for GMTV in 2000. He worked there for 10 years and left in 2010.

While he was a Chief Correspondent in GMTV, he also worked as a reporter in The Sunday Program from 2003-2005.

In 2010, he gained the post of Chief Correspondent and Stand-in Presenter in Daybreak, a British morning television program. He left the Daybreak and continued the same role into the show, Good Morning Britain, in 2014.

Apart from this, he traveled Canada on the first Royal Tour along with Kate Middleton and Prince William. He covered the 2010 World Cup from South Africa and 2008 Olympic from Beijing for GMTV. He also reported the funeral of Pope John Paul II and Nelson Mandela.

Moreover, he broadcasted live from the overwhelmed cities close to Fukushima, as well as reported from Thailand and Indonesia following the Boxing Day tsunami of the year 2005. Occasionally, he appeared in the show Lorraine and ITV as a News Correspondent.

Richard married Emma Gaisford on 11th July 1998. The husband-wife has been in a married relationship from last nineteen years and they still share a strong bond. They first met each other through mutual friends, Christina and Mike, in 1997.

The couple is blessed with two children: son, Charlie and daughter Amy. Though he is a busy man, he manages his time for both his work and family. He often takes his children on a long tour for refreshment. He is one of the responsible father and husband.

Richard is one of the successful British journalists who has spent his entire life in the field of Journalism. He earns huge amount of salary through his professional career and has estimated net worth of $2.3 million.

Richard is in a married relationship with Emma Gaisford. The couple met for the first time through mutual friends and start dating each other. After dating many years, they married on 11th June 1998.

Born on 21st August 2001, Charlie is the elder son of Richard and Emma Gaisford.

Born on 5th August 2005, Amy is the second and younger daughter of Richard and Amma Gaisford.