Richard Ruccolo, aka Rich Ruccolo, is an American television and film actor. Ruccolo rose to the stardom after appearing in the sitcom Two Guys and a Girl. It was originally titled as Two Guys, a Girl, and a Pizza Place. From 2008–2009, Rich played the role of Jay Clemens in Rita Rocks.

Happy Married Life With His Spouse

Richard Ruccolo has a successful professional as well as personal life. The X-Files cast is in a marital relationship with his beloved wife, Lauren Rees. Yet, it is not known when and how the duo met one another and began dating. 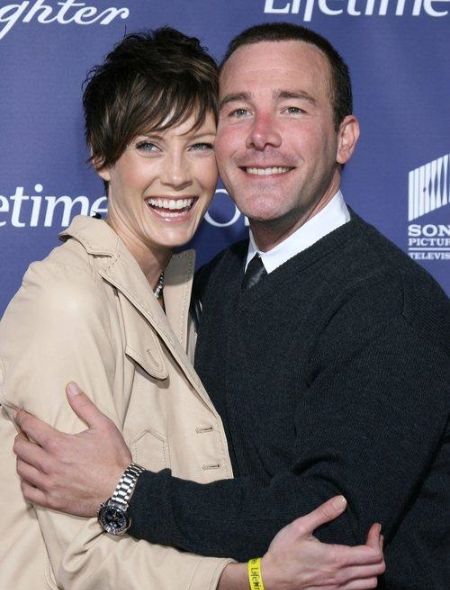 Ruccolo and his spouse Lauren walked down the aisle on 20th July 2008 in a private ceremony in the presence of friends and family. Nevertheless, the couple is quite secretive about their personal life and mostly keeps the details behind the curtains. So far, they haven't disclosed the details of their wedding. 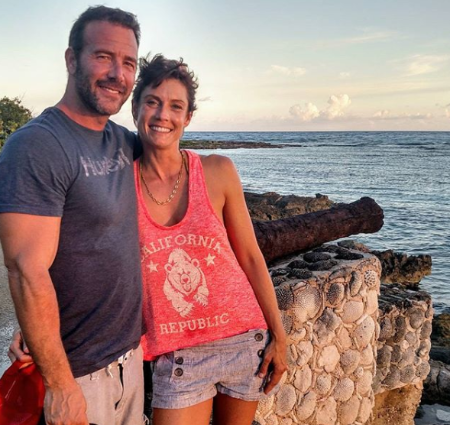 Richard Ruccolo during a vacation with his partner SOURCE: Instagram (@richardruccolo)

The husband and wife are together since their wedding without facing any conflict, which could turn their happy relationship sour. They share an unbreakable bond that can be seen on the photos shared by Ruccolo on his Instagram account. Further, the lovebirds also frequently make public appearances together. 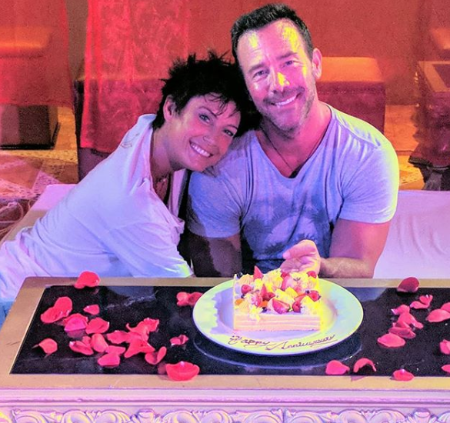 All Over the Guy star and his wife are married for over a decade, but to date, they do not have any children. Moreover, they haven't mentioned the plans of having a baby. Also, there are no pregnancy rumors of Lauren.

Prior to tying the knot with his wife, Lauren Rees, Richard Ruccolo was in a relationship with his girlfriend, Tiffani Thiessen. They also co-starred in an American television sitcom Saved by the Bell. 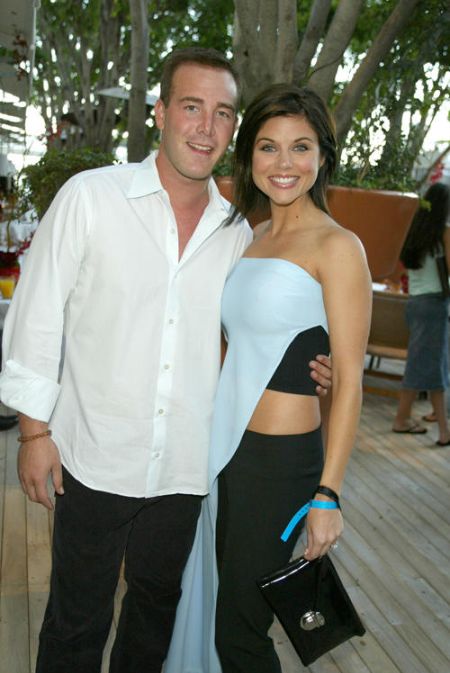 Ruccolo and his former fiance, Tiffani, met for the first time in 2000. At that time, Tiffani was starring in the series Two Guys and a Girl as a guest. Ever since then, the duo began dating.

After being in a relationship for some months, they decided to take their relationship to the next step and engaged in 2001. Unfortunately, things did not work out well in between the pair, so they separated before getting hitched. 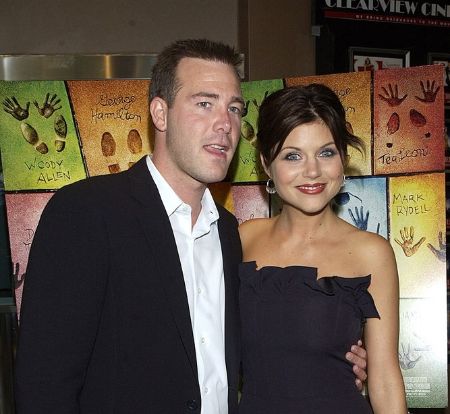 Ruccolo and his ex-lover Tiffani called off the engagement in 2003. Nevertheless, the actual reason behind their split is still unknown.

Both of them moved on, and they are currently living happily with their respective partners. Ruccolo married Lauren. Similarly, his former fiance Tiffani exchanged the vows with an American actor Brady Smith on 9th July 2005.

Richard Ruccolo's Net Worth Is $2 Million!

From his portrayal in a number of hit movies and TV series, an American actor Richard Robert Ruccolo summons a hefty amount of money. He has a net worth of $2 million as of 2019. Likewise, he receives an annual payroll of an actor in the United States, which is around $56502.

Ruccolo played in the 2009 film Obsessed budgeted $28 million, which made a total gross of $73.8 million worldwide. Besides, he also appeared in popular series like The X-Files alongside Gillian Anderson, David Duchovny, and others. Her co-stars Gillian and David are wealthy actors with a net worth of $60 million and $35 Million, respectively.

Besides, Richard also portrayed as Jay Clemens in Rita Rocks from 2008–2009. He shared the screen with Nicole Sullivan, Tisha Campbell-Martin, Kelly Gould, and so on. Ruccolo was further cast as Karl Bernstein in Crash & Bernstein.

An American actor Richard Ruccolo exchanged the vows with his girlfriend Lauren Rees on 20th July 2008.