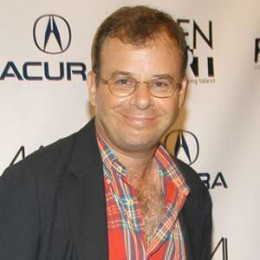 Rick Moranis is a Canadian actor, songwriter, comedian, and screenwriter. His began his entertainment career as a radio disc jockey in the mid-1970s, where he used his name as "Rick Allan" at three Toronto radio stations. However, Moranis breakthrough came in the 1980s in the sketch comedy series Second City Television (SCTV) and later made an appearance in several Hollywood films, such as "Strange Brew", "Ghostbusters", "Little Shop of Horrors", "Parenthood" and "The Flintstones".

Rick Moranis was married to Ann Belsky in 1986 and had two children. His wife, Ann died in 1991 due to breast cancer. After his wife's dead, Moranis took a break from the film industry saying "I'm a single parent and I just found that it was too difficult to manage raising my kids and doing the traveling involved in making movies. So I took a little bit of a break". His first album Grammy was nominated for Best Comedy Album of the year 2005 and made the cover of Disney Adventures magazine in 1990.

Moranis, who is now a widower, married Ann Belsky in 1986. She died due to breast cancer which spread to her liver in 1991, after having two children.