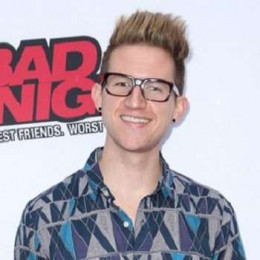 Richard Porter Dillon Jr, better know as "Ricky Dillon" is an American YouTube personality, singer and songwriter. He started his career on YouTube in the year 2010, uploading his first public video to his hugely famous channel, PICKLEandBANANA. He was a member of the group Our2ndLife, but the band members split up in December 2014. In 2014, he released his debut single, titled "Ordinary".

There is not much information available on the internet about his personal life, as he is very reluctant in this matter. As he is so handsome and popular, he probably might have dated several gorgeous ladies till date, but there is no any information in this regard. In the year 2013, he was rumored of dating the gorgeous American television personality, Alexa Losey but none of them spoke publicly in this regard.