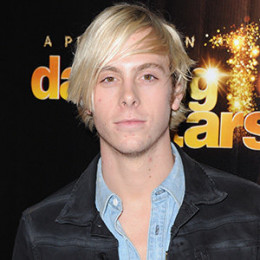 Riker Lynch is an American actor as well as singer, songwriter, bassist and dancer. He is best known for his portrayal of Jeff, one of the Dalton Academy Warblers on Fox's hit show "Glee". He was born to mother Stormie Lynch and father Mark Lynch. At the age of three, Riker started learning to sing and act at Colorado Productions and later began taking dance lessons. He made his acting debut from a musical film "Sunday School Musical".

Riker Lynch is known for his works in the movies Suicide Dolls, School Gyrls, A Day as Holly's Kids, Glee: The 3D Concert Movie, Lost Angeles, and Colossal Youth. His major television works include So You Think You Can Dance, Zeke and Luther, Glee, Passport to Explore, and Dancing With The Stars. Riker has not revealed anything about his personal life and relationships.