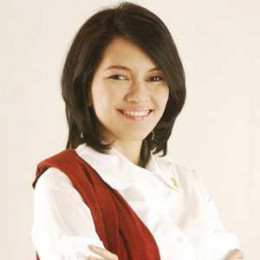 Ana Theresia "Risa" Hontiveros-Baraquel is a Filipino socialist activist and journalist, and also a famous politician who was the representative of Akbayan in the House of Representatives of the Philippines from 2004 to 2010. She was involved with several political parties. She was also co-hosting several TV political programs and executive producer too. She was also a news anchor on some networks. She has also won several awards in her career because of her hard work.

Ana Theresia Hontiveros famously known as Risa Hontiveros, a well-known Filipino socialist activist, and journalist, was born on February 24, 1966, in Manila, Philippines. She was raised by her father Ramon P. Hontiveros along with her sister Pia Hontiveros. She holds Filipino nationality and belongs to white ethnicity.

Hontiveros attended St. Scholastica's College Manila-Grade school and graduated in 1987, also received secondary education in the same school graduating in 1983, during her senior year, she organized the Nuclear Disarmament Group. 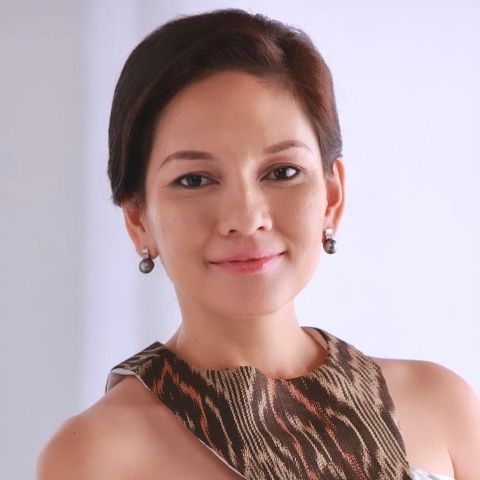 She graduated with a Bachelor of Arts degree in Social Sciences from the Ateneo de Manila University in 1987 and was also Departmental Awardee. In October 2004, she finished her Diploma Course in Managing Arts Program at the Asian Institute of Management

Who is Risa Hontiveros's Husband?

Risa Hontiveros was married to Francisco Baraquel, Jr., in 1990 however, her relationship with her husband met a tragic end following his death in 2005. From their relationship, she also has four children, three daughters Ianna Baraquel, Issa Baraquel, Sinta Baraquel and one son, Kiko Baraquel. 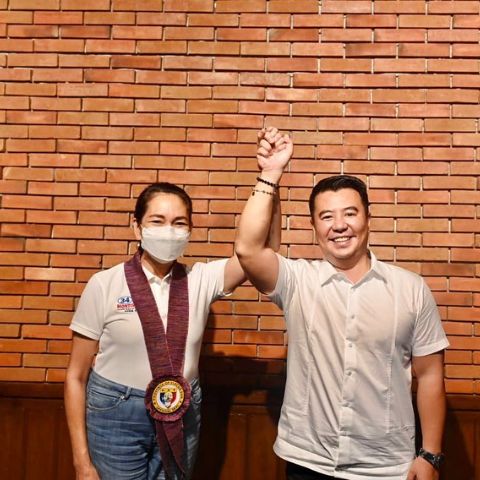 Recently, she was involved in a rumor, of being in a relationship with Sen.Kiko Pangilinan after a paparazzi pic of them swirled on the internet which apparently showed them holding hands. However, later she falsified the rumors claiming it was the camera angle from which the pic was taken that seemingly showed them like they were holding hands. Currently, she is single, and no rumors regarding her affairs have surfaced yet.

Through her career as a politician, Risa Hontiveros has built a lucrative brand name for herself and has earned massive support from the fans, making her one of the high-profile politicians.

It has eventually helped her earn a tremendous amount of fortune. As of 2022, Risa's estimated net worth is around $7 million. That makes her one of the two richest Senate millionaires.

Hontiveros was first seen on TV via Student Canteen at the age of 14. She was a co-host for the program called Street Pulse broadcasted on RPN Channel 9 from 1989 to 1987. Later she worked for various channels like ABS-CBN, PTV-4, SBN-21, GMA-7, and IBC-13 as a co-host and executive producer

Ana was a news anchor of GMA Network News, along with Vicky Morales, Mari Kaimo, and Marga Ortigas from 1992 to 1998. She served as Secretary-General of the Coalition for Peace from 1992 to 1992 and was a member of the National Peace Conference in 1990 and managing partner of TLP Production Inc. Auma Obama is also a popular socialist activist. 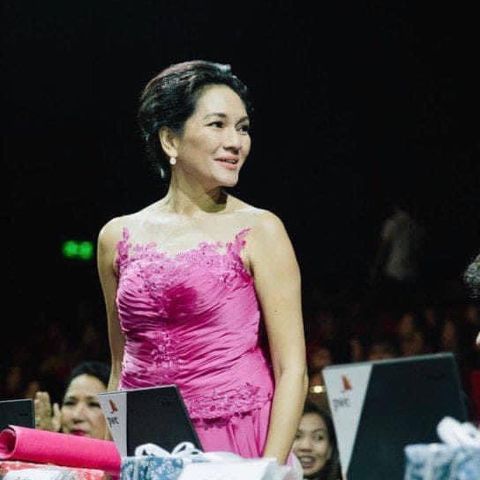 In 2004, she entered the world of politics and represented the AKBAYAN Party-list. She was part of several committees as a member of the Minority; Foreign Affairs, Good Government and Public Accountability, Health, Higher and Technical Education, Appropriations, Ethics and Privileges, Human Rights, Rules, Trade and Industry, Women and Gender Equality and so on.

She has won several awards for her work. She is a recipient of the Kapisanam ng Mga Brodkaster ng Pilipinas, KBP Golden Dove Awards for Best Female Newscaster in 1994. She received a Nobel Peace Prize nomination for her work as chair of the Government Panel’s Reciprocal Working Committee on Socio-Economic Reforms in the Peace Talks with the National Democratic Front from 1998 to 1999.

Risa Hontiveros was married to Francisco Baraquel, Jr in 1990. But her husband's tragic death ended their relation.

Ianna Baraquel is the daughter of the famous politician personality, Risa Hontiveros and Francisco Baraquel.

Issa Baraquel is the second child of Risa Hontiveros and Francisco Baraquel.

Kiko Baraquel is the third child of Risa Hontiveros and Francisco Baraquel.

Sinta Baraquel is the fourth child of Risa Hontiveros and Francisco Baraquel.