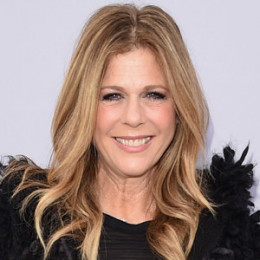 An American actress, singer, and producer, Rita Wilson is currently married to Tom Hanks since 1988. She was born to parents of Dorothy Wilson and Allan Wilson. Rita Wilson attended Hollywood High School in California and later studied at the London Academy of Music and Dramatic Art (LAMDA) in England. She started her career with a guest appearance on The Brady Bunch in the 1972 episode "Greg's Triangle". Rita Wilson has also produced several films, including My Big Fat Greek Wedding.

Rita Wilson is married to an American comedian and actor, Tom Hanks in 1988. He is known for his role in film “Splash”. The couple has been blessed with two children named, Chester Marlon Hanks on August 4, 1990, and Truman Theodore Hanks on December 26, 1995. The couple seems to be very happy with each other with no signs of their separation in their life.

Rita Wilson was born in Los Angeles, California as Margarita Ibrahimoff. Her mother, Dorothea Genkos, was Greek, while her father, Hassan Halilov Ibrahimoff was from Bulgaria. Her father moved to the USA in 1949.

After his marriage, Rita's father converted to Christianity from Islam and changed his name to Alan Wilson. In fact, he changed his name based on a local street. Rita spent her childhood in a Greek Orthodox environment and this certainly had a deep impact on her.

Meanwhile, Wilson's interest in singing led her to record a debut solo album, AM/FM. It was released on the Decca Records label on 8th May 2012.

Rita Wilson is married to actor Tom Hanks. The pair tied the knot in 1988 and share two children, both sons named Truman Hanks and Chester Hanks. Moreover, Rita has two stepchildren named Colin Hanks and Elizabeth Hanks. She also has one grandchild and two step-grandchildren. 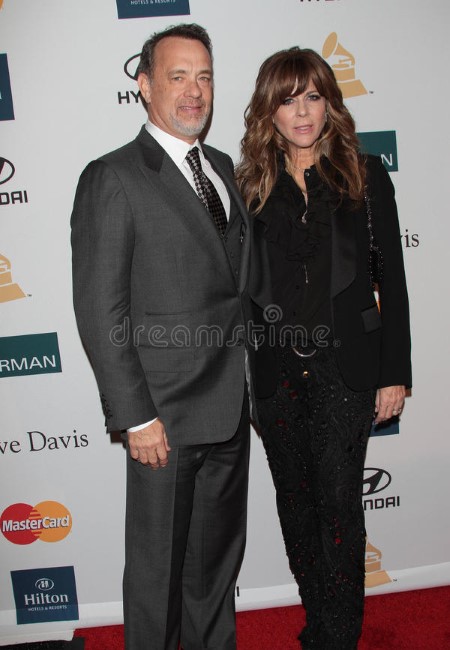 Tom Hanks was previously married to college sweetheart Samantha Lewes in 1978. They subsequently divorced in 1987.

Earlier, Hanks met Wilson in the set of TV comedy series Bosom Buddies which ran from 1980 to 1982. They got reunited on the set of Volunteers in 1985.

Hanks claimed he felt an immediate spark when they were working together on the set of Volunteers. He said:

"Rita and I just looked at each other and — kaboing — that was that. I asked Rita if it was the real thing for her, and it just couldn’t be denied."

The pair began dating after Hank's divorce. Tom revealed he was not ready to take on the responsibilities of his first marriage, citing the reason for the demise of their relationship.

"The success of our relationship was a matter of timing, maturity and our willingness to have an intimate connection."

In 1993, the pair was seen together in the big screen, in a film titled Sleepless in Seattle. However, they played best friends rather than a couple.

Following his second consecutive Oscar win in 1995, Hanks credited his connection with Rita for his iconic onscreen performance in Forrest Gump.

In 1998, the couple came together for the actor’s hand imprint ceremony in front of the Mann’s Chinese Theater. Moreover, in a rare public appearance in 2004, the entire family, including their kids Chet and Truman went to a baseball game between the LA Dodgers and St. Louis Cardinals.

Rita is really inspired to do charity work as she contributed to the Moffitt Cancer Center by donating "True Hearts" jewelry made of sterling silver and 14k gold.

In April 2015, Wilson announced she was diagnosed with breast cancer. This led to her undergoing a double mastectomy and reconstructive surgery. However, she made a full recovery thanks to an early diagnosis.

Rita Wilson has an estimated net worth of $20 million. Her source of income includes her salary and earnings through her acting career, as a producer as well as her singing career. Her house in Los Angeles is estimated to be worth $4.5 million.

Meanwhile, Rita's husband Hanks has a net worth estimated to be $350 million. For over four decades, he has enjoyed nearly 45 major leading roles in film, TV, and theatre.

Rita Wilson is married to an American comedian and actor, Tom Hanks in 1988. He is known for his role in film “Splash”. The couple has been blessed with two children.