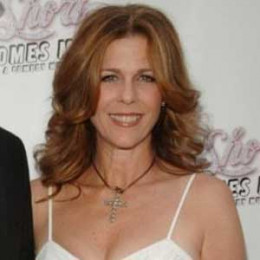 An American actress, Samantha Lewes married to an actor Tom Hanks. The couple married on 24th January 1978 and divorced on 19th March 1987. Samantha best movies were Mr. Success (1984) and Bosom Buddies (1980). She was famous as a former wife of Tom Hanks. Her ex-husband is famous on social sites. Samantha Lewes died on 12th March 2002 because of bone cancer.

Late American actress, Samantha Lewes was born Susan Jane Dillingham on 29th November 1952 in San Diego, California, USA. She was popular for her work in Mr. Success in 1984 and Bosom Buddies in 1980.

She is the mother of actor, Colin Hanks, and Elizabeth Ann Hanks. Most of the people recognized her as an ex-wife of popular Hollywood actor Tom Hanks.

In 1980, she appeared in an American sitcom, Bosom Buddies along with her ex-husband Tom Hanks. Her performance was highly appreciated by her fans and critics in the movie.

Bosom Buddies was a story of two young single men who disguise themselves as women to live in the apartment which they can afford. Later, she appeared in a TV movie named Mr. Success which was released in 1984.

Lewes was previously married to Tom Hanks, an actor, and filmmaker. The duo exchanged a vow on 24th January 1978. They first met through their professional work and after a certain meeting, they started dating and eventually fell in love.

After being together for more than 9 years, the couple had divorced on 19th March 1987 due to their personal issues. The duo shared two children; Colin Hanks (born on 24th November 1977) and Elizabeth Hanks (born on 17th May 1982). Colin was born prior to his parent's marriage. 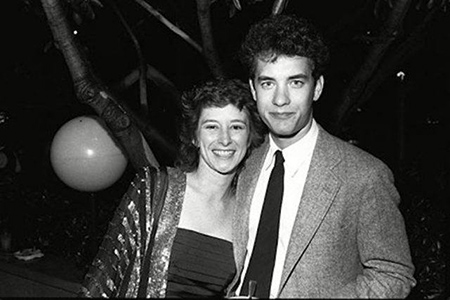 Both of her children were involved in entertainment fraternity just like their parents. Her son Colin is best known for his movies like Orange County (2002) and Alex Whitman whereas her daughter is best known for her popular works in Forrest Gump (1994), That Thing You Do! (1996) and Anchoraged (2015).

After divorcing with Samantha, Tom married to Rita Wilson. They have two sons; Chet Hanks and Truman Theodore Hanks. She is the former daughter-in-law of Amos Mefford Hanks and sister-in-law of actors Jim Hanks, Larry Hanks, Sandra Hanks.

Samantha Lewes took her last breathe in 12th March 2002 and reason behind her death is bone cancer, which spread to her lungs and brain. Her body was buried in Sacramento, California.

Samantha Lewes was popular as an actress and she did few movies and Tv series before her last breathe. There isn't a concrete figure of her net worth.

However, her former husband is one of the richest Hollywood celebrity and his net worth is estimated at around $350 million.

She previously married to an actor Tom Hanks .The couple married on 24th January 1978 and divorced on 19th March 1987.