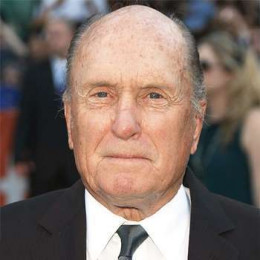 Robert Selden Duvalln is an actor and director best known for his roles in The Godfather, To Kill a Mockingbird, Lonesome Dove and The Apostle. He has been nominated for several Emmys, while winning a producing and acting award for his work on the 2006 miniseries Broken Trail. In 2005, he received the National Medal of Arts. He was born to William Howard Duvall, a U.S. Navy admiral and Mildred Virginia, an actress.

Till now he has been married four times. His first wife was a dancer with whom he enjoyed the marriage for almost 11 years. His second marriage was quite short, which was for only 4 years. From 1991 to 1996, he was married to his third wife and after getting divorce from his third wife he married his fourth wife in the year 2004. He has been married several times but till now he does not have any kids.

She is the first wife of Duvall. The two first met while shooting the film To Kill a Mockingbird.

She is the second wife of Duvall, whom he married in the year 1982. The two stayed as husband and wife for nearly 4 years.

She is the third wife of Duvall, who is a former dancer. The two started dating in the year 1989 while converting their alleged affair into marriage in 1991.

She is the fourth and current wife of Duvall, who is 41 years younger than him. They have been together since 1997.