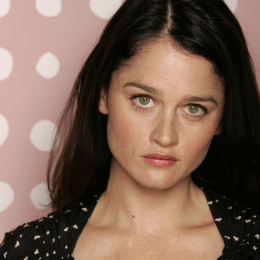 An American actress, Robin Tunney is currently engaged to Nicky Marmet since 2012. She is widely known for her role as Teresa Lisbon in the television series "The Mentalist". Robin Tunney was born to mother Cathy Tunney and father Patrick Tunney. She attended The Chicago Academy for the Arts. Robin Tunney has appeared in the pilot episode of five different series: Class of '96, Cutters, House, M.D., Prison Break and the Mentalist.

Robin Tunney has been in multiple relationships to date. She is currently relishing live in together relationship with fiancee Nicky Marmet and their son, Oscar Holly Marmet.

Robin Tunney engaged to interior designer Nicky Marmet since December 25, 2012. They have a son named Oscar Holly Marmet who was born on June 26, 2016.

Tuney is engaged to Marmet for over eight years now. Yet they relish one another's a company without any rumors of divorce and extramarital affairs.

She was previously married to producer and director Bob Gosse on October 4, 1997, but they divorced in 2006. Tunney and Gosse end up their long term relationship citing personal issues. Following the split, she engaged to Austrian writer and director Andrew Dominik but they ended their relationship in 2010 and was later reported to be dating Page Hamilton, the frontman for the band "Helmet". Tuney has a very strong bond with her The Mentalist star Simon Baker.

The Law & Order star has an estimated net worth of $8 million at present. Tuney is a widely popular television and movie actress. She brings in a tremendous amount throughout her career as an actress.

The Chicago Illinois native is an avid pet lover; she owns a Havanese dog which costs around $1,000 to $1,500. Robin Tunney hasn't mentioned about her car however she owned a lavish home in Los Feliz, CA. Her 1,920 square feet house consists of 3 bedrooms and 2 bathrooms along with a spacious swimmer pool.

Robin paid $3.6 million for the unique architectural house in July 2014. More recently, she put the house for sale at $6.7 million.

She was previously married to producer and director Bob Gosse on October 4,1997 but they divorced in 2006.