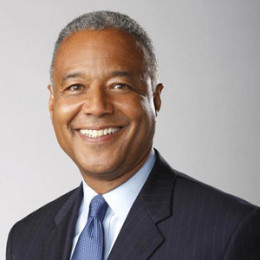 Ron Claiborne is the news anchor for ABC News' weekend edition of "Good Morning America". He graduated from Yale University with a B.A. in psychology and a master's degree from the Columbia University Graduate School of Journalism. Claiborne worked as general assignment correspondent for FOX News New York affiliate in New York City. He has also covered international stories in Iraq, Afghanistan, the Persian Gulf, China, South America, Africa and Europe.

Ron Claiborne has also covered such stories as the Catholic Church sex abuse scandal in 2002 and 2003, the Elian Gonzalez custody case in Miami in 1999 to 2000, the Yugoslavia conflict in Belgrade in 1999, the 2000 Bush presidential campaign, the 1992 Clinton presidential campaign and the 1991 Persian Gulf War. Claiborne was awarded an Emmy in 2000, for his coverage of the seizure of Elian Gonzales in Miami. His relationship status is still unknown for mass.