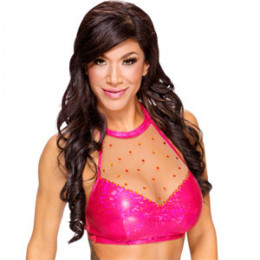 A Canadian professional wrestler, professional wrestling valet for the WWE. She is of Czech and Costa Rican descent. According to her when she was young she was "tomboy" type and she was even suspended from school for fighting with other kids. In starting of her career she worked as model and shew as first North American to win the "Piel Dorada". She has also appeared in commercial of popular brands like Trident, Chrysler, and Lux Soap. In 2006 she competed in WWE Diva Search and was placed in 8th position. She is also a former OVW Women’s Champion.

She is openly a bisexual. Talking about her personal life, she is currently currently dating her boyfriend and partner who is a clothing company owner. She is pregnant and she is expecting her first child. She also has stated that she will name her first child Jordan Elizabeth Schubenski. She is not married right now and may be she will marry her current boyfriend who will be father of her first child.