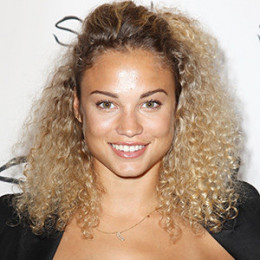 Rose Bertram, a Belgian model, is currently dating Gregory van der Wiel, a footballer, since 2013. Rose is best known for her appearance in magazines such as Sports Illustrates and GQ. She grew up in the Dutch family. Rose decided to start her modeling career at the age of seventeen and her first big shoot was with Juergen Teller. In addition to being an internationally known model, she is also famous on Instagram with more than 390,000 followers.

Rose Bertram has been in the relationship with Dutch internatonal footballer Gregory van der Wiel since 2013 and the couple seems to be very happy with each other. As of now, there are no signs of their separation. There isn’t any controversy or even rumors that surround her so far. Rose has not revealed much information about her personal life to the public.