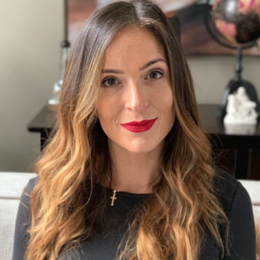 Social media is one of the easiest platforms for every age group to pursue or start their career. There are several renowned personalities who are able to reach the height of success by starting their careers through social media. Among them, Rossana Burgos, aka Mama Bee, is the one who is a member of Eh Bee Family, Canadian internet personalities. She is famous on YouTube and Vine.

She Is A Married Woman

Rossana Burgos is happily married to her husband, Andrés Burgos, who is also a member of Eh Bee Family. It is a social media channel run by a family that includes Canadian internet personalities. Andres is widely known on the internet by the name Papa Bee. 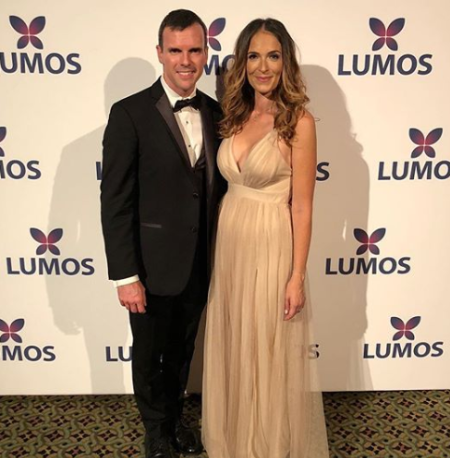 To date, the couple has concealed the details of their dating life. Also, it is not known how and when the two met, and their affair began.

The celebrity couple tied the knot on 20th November 2002, in an intimate ceremony. Their family and friends witnessed the wedding. Ever since their matrimony, the husband and wife are together, and still, they are maintaining a peaceful relationship.

Burgos and Andres share an unbreakable bond that can be seen on the pictures which they share on their respective social accounts. Further, they are also supportive of one another and always remains by the side to help when needed. 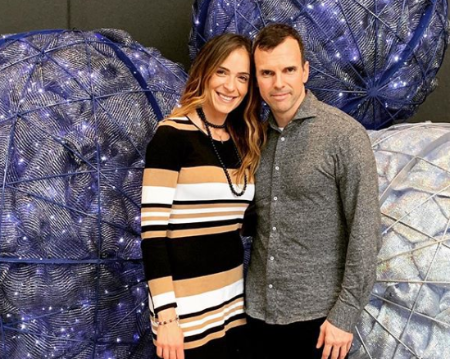 Along with their profession, they are also equally maintaining their conjugal life. On free time, they spend time with each other and further visits exotic places on vacations. Moreover, they never miss wishing one another on special days such as birthdays, wedding anniversary, and so on.

On 20th November 2019, the social media personality wished the 17th wedding anniversary to her beloved spouse. She shared a lovely picture of herself and her hubby on her Instagram, and on the caption, she wrote 'Happy Anniversary! Cheers to 17 years of marriage.' 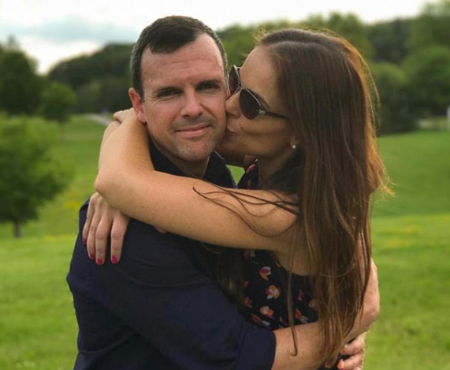 Rossana added, she knows there are a lot of young people who follow her, so she do not want to give the illusion that marriage is easy. After 17 years, she came to know that marriage and relationships are hard. Furthermore, it is also hard to raise the family.

She admitted it's not all unicorns and rainbows. According to her, she was tired when her kids were very little, and she never seemed to have enough energy. Rossana gave so much of herself to her family for several nights, and she was even too tired to wash her face or brush teeth. 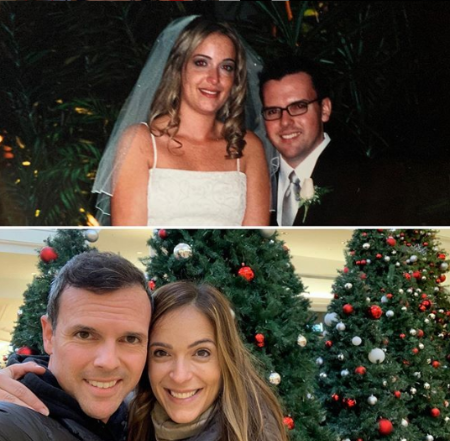 Further, when she once asked her spouse for help, he responded that all he wanted was to read the newspaper and drink his coffee. Similarly, she wrote;

"(What?! A newspaper? This was over a decade ago). I picked up his newspaper and shredded every last piece of it. Since then, we’ve been on a journey of dropping our egos, being more compassionate toward each other, and encouraging the best in one other. We don’t always get it right. But we will continue to celebrate the light in each other. I love you."

This proves that Rossana and her partner Andrés are the perfect couples made in heaven.

The celebrity couple Rossana Burgos and Andrés Burgos share two beautiful children, a son and a daughter from their marriage. They welcomed their first child, son Roberto Burgos, famously known as Mr. Monkey or Mr. Bee on 30th April 2005. 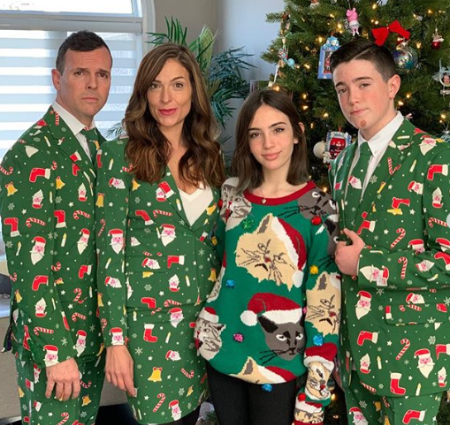 Rossana Burgos with her husband and kids SOURCE: Instagram (@mamabee)

Rossana lives happily with her hubby and kids. Despite being busy on their careers, the family of four always manages time to spend together.

Rossana Burgos is one of the famed social media personalities. She is famous for the name Mama Bee as a member of Canadian internet personalities, Eh Bee Family. On average, YouTube pays $0.18 per view, and a YouTube channel receives $18 per 1,000 ad views.

Besides, she is equally active on Instagram and Vines from which she makes an additional income. Rossana further did the advertisements of famous companies like Johnson & Johnson, Toyota, and Regal Cinemas from which she probably received good paycheques. Rossana has an overall net worth of around $1 million.

A social media personality Rossana Burgos is in a marital relationship with her husband Andrés Burgos since 2002.

Roberto Burgos is the son of a social media personality Rossana Burgos and her husband Andrés Burgos.

Gabriela Burgos is the younger child, daughter of a celebrity couple Rossana Burgos and Andrés Burgos.