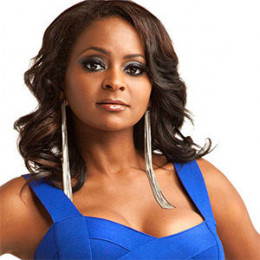 Royce Reed is a reality TV personality who is mostly known for her series in VH1 Basketball Wives.

Her current relationship status is single. She became a mother for the first time in November 2007. She has a son Braylon Howard from her ex-boyfriend who is an NBA player Dwight Howard.

He has five children with five different women and his relationship with Reed was mostly on and off. Royce isn’t found dating any men after her break up with her boyfriend. She didn’t have a matching lifestyle with her boyfriend and due to certain disputes in the relation, they broke up.

Soon after they split, she filed a paternity suit against the sports star. The two engaged in a bitter custody battle afterward as both of them accused one another of being unfit parents and demanded sole custody of their son. Howard won the lawsuit but is now finally on good terms to raise their son.

On the other hand, Braylon seems closer with his mother than his father who also fathers four other children with different women. Braylon can be seen praising his mother often on his Instagram, compared to his father.

Royce Reed was born on 22 June 1980. She received a degree in theatre from Florida A&M University. She starred in Basketball Wives with Shaunie O'Neal.

Reed left Basketball Wives at the end of the 4th season and some sources claim that she was fired from the show. Reed holds an estimated net worth of about $200,000 as of 2019. For now, Reed is focused on her career as a dancer, cheer coach and cheerleader. Reed is currently represented by CF Talent.

Besides, she grew up in Orlando, Florida with her siblings. She was a former gymnast, dancer and cheerleader for professional basketball teams. She owns her burlesque dance company called Fantashique. Her show that follows a group of women linked with the NBA players is popular.

He is currently with his mother. His father visits him sometimes by the law provided by court. He is a brilliant boy and has interest in basketball.