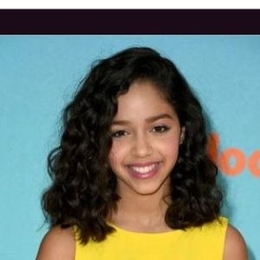 Ruth Righi is a young American actress, singer, and voice actress. She is best known for playing the titular role of "Sydney" in the television series Sydney to the Max.

Ruth Righi - Is She Single?

Ruth Righi is now enjoying her single life because she is pretty young to date. She is currently going through her adolescence with her parents and grandmother while attending school and focusing on her film job. Besides, she plays piano and hangs out with her close ones whenever she is not working.

To add more, Righi is so cute and a rising teenage girl who is already capturing many hearts thanks to her fresh acting talent. The dark-brown-haired beauty recently landed the lead role in Disney Channel's Sydney to the Max, which ended after three seasons.

Distinct by her beautiful looks, Ruth Righi is 17 years old right now and celebrates her birthday on September 7. Born in 2005, this young and talented star in the making turned 17 in 2022.

Not to miss, Ruth's parents fully support the budding actress's dream to become an actress. She recently voiced the title character in the latest animated series, "Eureka," which will be released in late 2022. 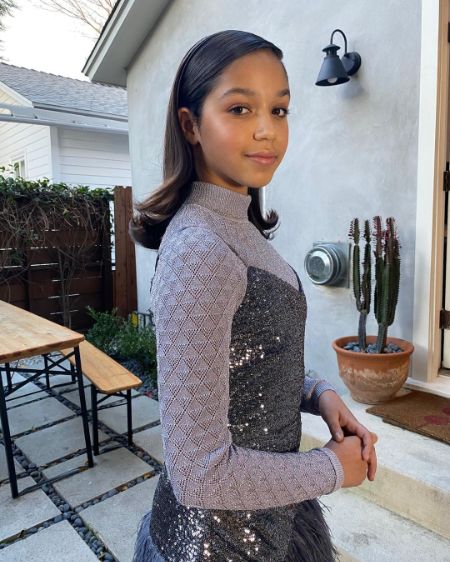 In an interview with Hollywood Life, the film star explained the meaning of her empowering song "Find My Way." The recognition got higher from here, though, And we all hope that Ruth will continue her excellent work and she inspires many of the people around her.

The show revolves around a 12-year-old girl living with her grandmother and single father. Ian Reed Kesler played her dad's role in "It's a Laugh production" he developed the show, which premiered on Janaury 2019.

Now, having proven her acting skill more and secured her bags in such early days, it's inevitable that a teenager has a great future in the movie industry. During her free time, Ruth loves making pottery and enjoying tunes to Ariana Grande, Prince, and Billie Elish, like many teen girls.

Ruth Righi began her journey as a child actress in the challenging field of the movie industry. She has applied and auditioned for many roles. Initially, Righi started her work on several Broadway television shows, and plays like Really, Rosiel, School of Rock, and Happy!

Watch the video of Ruth Righi at the world premiere of Timmy's Failure Mistakes Were Made.

The girl has already achieved so much more than many of us here. As per Deadline, Righi debuted her onscreen role with her appearance on TV Series Happy! as one of the Wiseman in 2018, starring Medina Senghore and Lili Mironjnick. Her interest in performing escorted her to professional achievement.

For Disney, Righi, who worked as a child artist for a few years, soon hit the jackpot after being given the role of Sydney Reynolds in Sydney to the Max. She published her debut single 'Curls' on May 11, 2019, for Disney Channel voices. With that, Ruth has finally achieved so much immense appreciation and fans.

Also, Ruth has not done many significant projects. Hence it does not surprise her that networth is not more significant as of 2022. Her estimated networth is in the five-digit, and she has many future projects from which we can see a rise in her networth.

Ruth Righi is available on Instagram, which her supporters and fans can follow to catch up on new updates and the whereabouts of the young actress. And what is fantastic about Righi's Instagram handle is that fans will get to see the amusement she has both on her onscreen and offscreen life.

Further, Righi often praises her family and friends for their love and support on social media handles. A charming and innocent personality frequently uses the platforms to connect with her fans. Her parents might monitor her pages.

Not to miss, Ruth joined Twitter on August 2018 and has more than 2,198 followers. She posts her dance videos on her Facebook account and Tik Tok handles under the username @definatelyruth, which has over 842.8k followers. 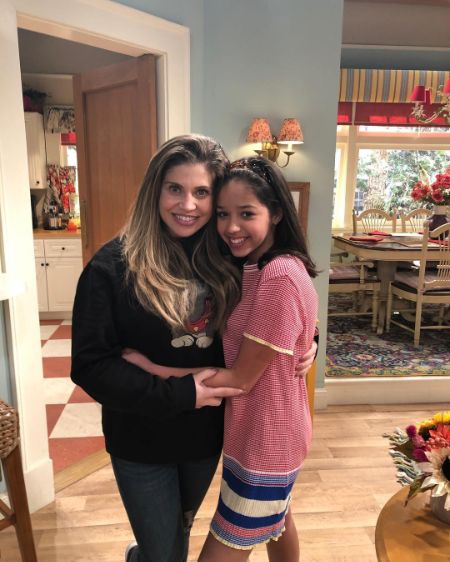