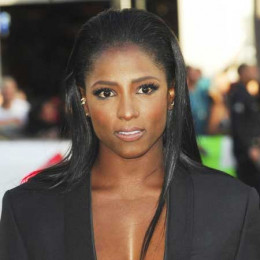 Rutina Wesley is a classically trained actress well recognized for her role Tara Thornton on the HBO popular series True Blood. The 2009 Satellite Awards winner Wesley has established herself in the film industry starring in popular TV films like Queen Sugar.

Rutina Wesley was born on February 1, 1979, in Las Vegas, Nevada. She was born to showgirl Cassandra Wesley and professional tap dancer Ivery Wheeler. Her father Ivery appeared in several films like The Cotton Club in 1984 and worked with legends including Gregory Hines.

Wesley attended Las Vegas Academy for her formal education. She also went to Simba Studios and The West Las Vegas Arts Centre to learn dancing. Rutina earned her degree in Bachelor of Fine Arts from The University of Evansville.

Later she joined The Julliard School and graduated from there. Inspired and influenced by her parents Wesley developed an interested in acting and dancing from the very early age.

Rutina started her acting career performing in the play The Vertical Hour in 2006. She is widely known as a stage dancer as well as the stage actress for her incredible performance.

In 2007 Wesley made her screen debut featuring in the film How She Move. Then she played in TV series Numb3rs in 2008. Rutina also starred in the popular OWN series Queen Sugar. Her name and fame rose up not only at national level but internationally when she appeared in HBO’s vampire drama True Blood in 2009.

She then voice acted in the show The Cleveland Show. Wesley won Satellite Awards in 2009 for best Ensemble, Television for starring the role of Tara Thronton in True Blood.

Rutina married her classmate of Juilliard, who is also an actor, Jacob Fishel on 5th June 2005. The duo dated for several years before getting hitched.

The couple got in controversy and Rutina filed for divorce in August 2013. The divorce was finalized in 2014. As for now, she is single and not linked with anyone. According to the sources, they got divorced citing irreconcilable differences.

The 38-year-old actress Rutina earns a good amount from her career. She has accumulated an estimated net worth of $4 million. She is living a luxurious life with the salary she earned.