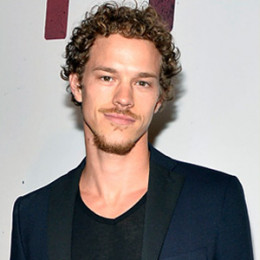 Actor Ryan Dorsey is popularly known for the notable television series such as Southland, Parks and Recreation, The Mentalist and Shameless. Moreover, he landed a regular role on the final season of FX's acclaimed drama called 'Justified'.

He had early acting roles in the shorts 'Groovin' On and Unspoken'.Ryan was cast in the 2015 feature film 'Blood Father', starring alongside Mel Gibson, Elisabeth Rohm, and William H. Macy.

Ryan appears in the movie named 'Blood Father' along with Mel Gibson and William H. Macy. He is an actor well known for his movies including Unspoken, Groovin' On, and You're the Worst.

Ryan Dorsey was previously married to Naya Rivera, a Glee star on 19th July 2014, but the couple divorced in 2016. His son Josey Hollis Dorsey, was born 17th September 2015. Nickayla Rivera is his former sister in law.

Ryan Dorsey was previously married Naya Rivera, a Glee star on 19th July 2014 and the couple divorce in 2016.