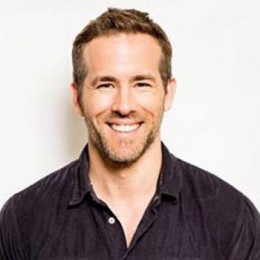 Ryan Rodney Reynolds is an actor, best known for portraying Hannibal King in Blade: Trinity, Deadpool in X-Men Origins: Wolverine and Michael Bergen in Two Guys and a Girl. In 2014, he was awarded a star on Canada's Walk of Fame in Toronto, Ontario. In 2010, was named the "Sexiest Man Alive" by People magazine. He is a son of James Chester Reynolds, a food wholesaler and Tammy, a retail salesperson.

Till now Ryan Reynolds has been married twice. He was first married to an American actress with whom he continued marital relationship just for3 years. Currently, he is married to his second wife who is an actress. The two first met while filming Green Lantern in early 2010. The two are blessed with an adorable daughter who was born in 2014. Few years back, he was romantically linked with actresses like Agnes Fischer and Charlize Theron.

An American actress, Johansson is the first wife of Ryan. The two were married in a quiet ceremony near Tofino, British Columbia but announced their separation in 2010.

She is the second and current wife of Ryan, with whom he first met while filming Green Lantern in early 2010, where the two were co-stars.

She is the only daughter of Ryan, who was born in the year 2014.