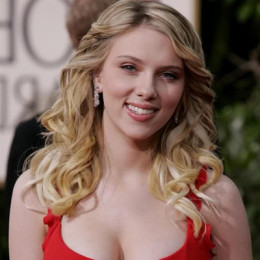 One of the very popular and most admired American Actress Scarlett Johansson is Hollywood's one of the Most Sexiest Women and a sex symbol. She is also a model and a singer who has appeared in several of the covers of the magazines, brands and also in several of the films and television series. She began to act since 1994 from the movie North.

Scarlett Johnson was born Scarlett Ingrid Johansson on November 22, 19894 in Manhattan, New York City, the US to  Karsten Olaf Johansson, an architect, and Melanie Sloan, a producer. She was raised along with his twin brother, Hunter, and sister, Vanessa, an actress and an older brother, Adrian; and a twin brother, Hunter.

Johnson completed her schooling from P.S. 41 in the elite Greenwich Village neighborhood. At the age of eight, she gets a chance to perform in the Off-Broadway production, after which she went on to audition for other roles.

In 1994, she works on a movie named North as a child artist. She later bagged roles in films like; 'Just Cause', 'If Lucy Fell' and 'Manny & Lo'. In 2002, she enrolled at the Professional Children's School in Manhattan where she trained in theatre.

Johansson started her acting career as a child artist. She got her first major role in 2003 in the comedy-drama film, 'Lost in Translation'. The same year, she appeared in the film, ‘Girl with a Pearl Earring'.

The following year, she lends a voice in the film, ‘The SpongeBob SquarePants Movie'. She has worked on numerous movies an series such as; The Perfect Score, In Good Company, Entourage, Match Point, The Prestige, The Nanny Diaries, The Spirit, The Avengers, Lucy and many more.

In 2004, she awarded the BAFTA Award for the 'Best Performance by an Actress in a Leading Role' for the film, Lost in Translation which was commercially successful.

Scarlett Johnson holds an estimated net worth of $140 million.

Scarlett Johansson is possibly single at the moment but previously she has been married twice in her lifetime. In 2008, she married Ryan Reynolds and divorced in 2011.

In 2014, she again gets married to Romain Dauriac and shared a daughter, Rose Dorothy. She also had dated quite a few men and also had been rumored to have a relationship with few men.

She has been pulled into controversies for the promotion of SodaStream from Oxfam and for her casting in the Japanese anime remake Ghost in the Shell.

The two were in serious relationship before getting married. They dated for a year and more and got married. However, their marital life did not sustain that ended up in divorce. They have no child together.

The two were in relationship since 2012 and were so in love each other. They have a child together and are currently living a very happy life.

She is very young. Not much information has been made public on her. She is very adorable and cute.