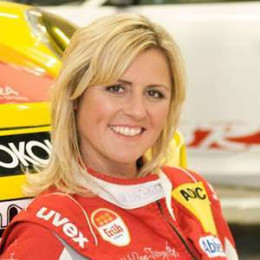 Professional motor racing driver for BMW and Porsche, Sabine Schmitz is well known for driving the BMW "ring taxi" around the Nurburgring race track as well as being a television personality. She is the daughter of Ursula Schmitz, an actress. Schmitz owned a bar-restaurant in Nurburg named the 'Fuchsröhre .' Her first appearance on British television was on the 2002 BBC program Jeremy Clarkson: Meets the Neighbours.

Sabine Schmitz won German race events and became the first woman to win a major 24-hour race – the 24 hours Nurburgring in 1996 to 1997. Sabine began to work as a driver for 'Ring Taxi', a company that specializes in taking customers for hair-raising fast drives around tracks.

Sabine Schmit, the daredevil lady is married Klaus Abbelen, who is also a race car driver, a butcher master, and meat entrepreneur. Previously, Schmit married to a German hotelier. However, the pair split in 2000 and have no children.