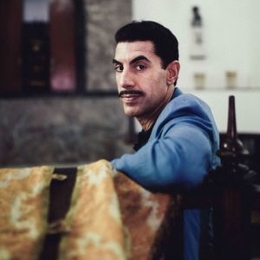 Sacha Baron Cohen is a British actor, writer, and comedian who is best known among his fans for his portrayal of unorthodox fictional comical characters that include 'Ali G', 'Borat', 'Brüno' and 'Admiral General Aladeen'.

Actor Sacha Baron is happily married to his beloved wife, Isla Fisher. The actor, Baron met Isla Fisher at a party in Sydney in 2002, after knowing each other, they became engaged by 2004 before they tied the knot on March 15, 2010. They flew to Paris France to exchange their marital vows in a traditional Jewish ceremony in the presence of just six guests. Her wife, Fisher even converted her religion to Judaism to marry him.

The romantic couple shares three children together. After they began dating, Isla and Sacha had their first child, a girl named Olive Cohen into their world in 2008. After marriage, they went on to have another daughter named Elula Cohen in 2011. And, their youngest child is a son named Montogomery Cohen who they had in 2015. 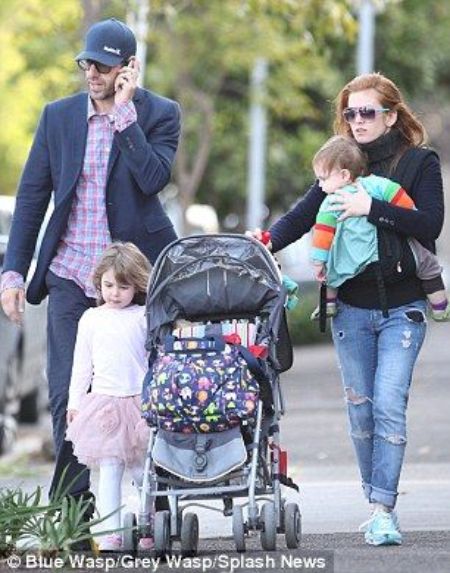 Sacha Baron enjoys quite a luxurious and busy life with his professional life. Nevertheless, he manages to take out time for his wife and children. On the other hand, his wife is also busy with her schedule in the entertainment industry but manages to organize time for her private life. Moreover, the couple is doing everything to parent their children well.

Later in November 2020, the couple moved to Sydney from the US which was their planning all along.

Sacha Baron Cohen holds a whopping net worth of $160 million which he earned by working as an actor, host, and appearing a cameo for over a two-decade in theatre, films, series, talk show, and award shows. From his wealth, he was able to own Mini Cooper and live a lavish life. Cohen lived 'English country-style' home in Hollywood Hills. Ben Miles is also a famous actor from Britain similar to Sacha.

Upon leaving university, Borat star worked as a fashion model. After realizing that acting was his first love, he began his career by auditioning for the television reporter 'Channel 4' in 1995. And luckily, he was instantly selected for his comical Albanian character of a television reporter called Kristo. 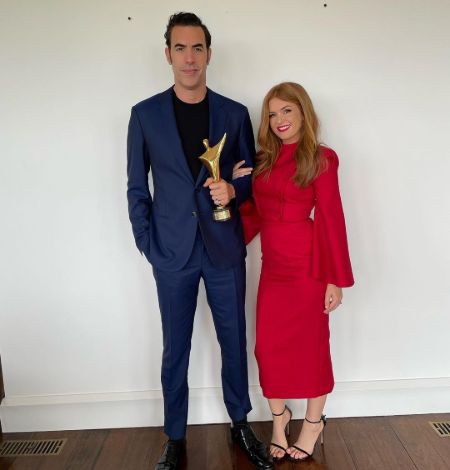 Sacha Baron Cohen with his wife Isha Fisher after being awarded the Best Supporting Actor in film award for The Trial of the Chicago 7 SOURCE: Isla Fisher Instagram

Later in 1998, he got an opportunity of working in another British television show 'The 11 O'clock' where he interviewed politicians, celebrities in a comical way. He then portrayed the role of famous 'Ali G', the boorish rapper which made him famous overnight. Cohen also gave voice to the character in the popular Hollywood cartoon movie Madagascar in 2005.

The iconic characters played by Baron are admired and loved by the global audience. As a 'Borat' the smash-hit Borat: Cultural Learnings of America for Make Benefit Glorious Nation of Kazakhstan (2006), collected $262.6 million in the box office; also won a Golden Globe and was nominated for a writing Oscar. Besides, he played the character of flamboyant and gay fashion reporter 'Bruno Gerhard' in the 2009 comedy film Bruno; which collected box-office revenue of $138 million.

Cohen's other notable work in the entertainment industry includes supporting roles in Sweeney Todd: The Demon Barber of Fleet Street (2007) and Hugo (2011), Brüno (2009), The Dictator (2012), and The Brothers Grimsby (2016) was a flop at the box office as it only earned $27,979,040. He also appeared in movies like Alice Through the Looking Glass and the short film Past Forward.

Aside from movies, he also did a cameo in the documentary ‘The Zen Diaries of Garry Shandling.’ He portrayed various characters in the political satire TV series ‘Who is America?’ for which he also served as the writer, director, and producer. In 2019, he started playing ‘Eli Cohen’ in the web television miniseries ‘The Spy.’ The series is based on the life of a ‘Mossad’ spy named Eli Cohen.

Sacha Baron Cohen played an iconic role named 'Borat Sagdiyev' an oversexed and intolerant Kazakh journalist. However, the comical character wasn't much pleased by the Kazakashthan government, as they felt the character portrayed Kazakasthanis as coarse and backward. Moreover, he was sued several times but the cases were dismissed and settled out of court. 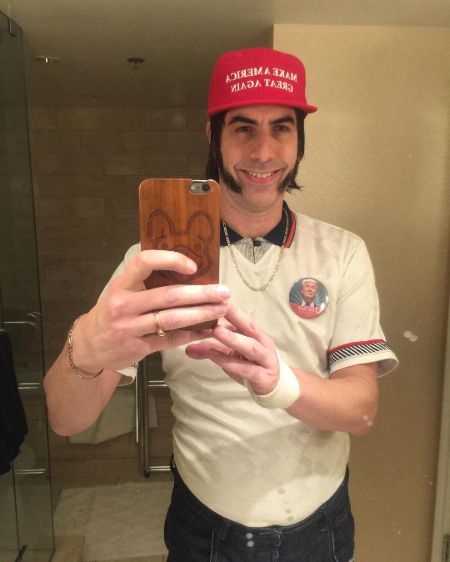 Other controversies include mocking Republicans in several of his work. Sacha Baron Cohen had described Donald Trump as a "rabble-rouser" at the Los Angeles debut of his new comic drama. Likewise, Cohen also got arrested after playing tricks on a French TV show.

Get more information about celebrities on MarriedWiki !!

Sacha Baron Cohen married Isla Fisher on 15 March 2010 in Paris, France, in a Jewish ceremony after six years of engagement.

Olive is the eldest child of Baron Cohen and her wife. She has one younger sister and youngest brother.

Eula Cohen is the second child of the duo. She has two siblings.

Montgomery Cohen is the youngest son of Sacha Baron Cohen and his wife Isla. He has two older sisters,