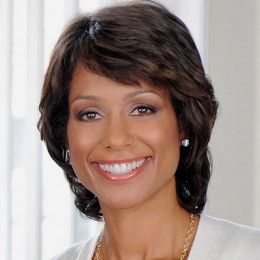 Folasade Olayinka Baderinwa, generally known as Sade Baderinwa is an Emmy Award-winning Media Celebrity currently associated with WABC Channel where she is a news anchor. She is most recognized as the co-host of Eyewitness News. She graduated from the University of Maryland College Park. Her father is Nigerian and her mother is German. Her parents got separated when she was young and she was adopted and raised by Edie House.

She was once linked to the most reputed personality who was Mayor of Baltimore, Martin J.O Malley. They dated for a long time and due to some reasons, they got separated.

Her boyfriend was a married man. Her pregnancy and deep relationship with his boyfriend became sensational news that went viral on the internet. Though it is not confirmed officially whether she was pregnant or not but once there was a rumor that after getting pregnant with her boyfriend's child she received a lot of death threats.

Folasade Olayinka Baderinwa was born on 14 April 1969 in Baltimore, Maryland. Her father is Nigerian and her mother is German.

She is a news anchor at New York's Wabc Channel 7. She works alongside Diana Williams the weekday 5 p.m. editions of Eyewitness News.