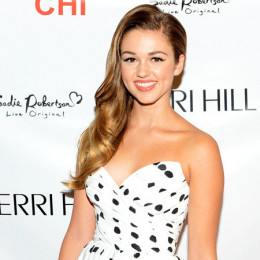 Sadie Carroway Robertson is an American reality TV star on the A&E show Duck Dynasty. She is the daughter of Korie Howard Robertson and Willie Robertson, CEO of Duck Commander. Collaborating with Sherri Hill, she designed her own dresses and presented them during New York Fashion Week. She was a celebrity competitor on 2014 Dancing with the Stars: season 19, where she finished the competition in second place.

Moving on to her personal life, she hasn't married anyone yet as she is too young to get married. She is currently dating a young handsome guy who is very supportive towards her every decision. The couple is often spotted together at various events and occasions. Before this, it is said that she had dated a guy for 8 months in her high school.