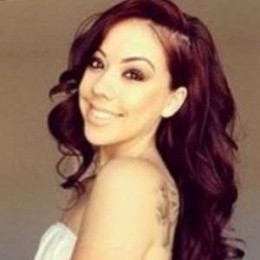 Salice Rose is a popular Instagram star who is highly popular for posting numbers of beautiful videos on rather than the pictures she has uploaded. Rose has more than 3.8 million followers within a short period of time. She posted her first pictures to her 'salicerose' Instagram account in August of 2013.

Salice Rose born as Lindsey Rose is an American internet personality who was born on November 20, 1994, in the Lancaster neighborhood, California. The name of her parents is not known though. She has never posted any picture with her parents on her Instagram account.

Talking about her siblings, she has one sister, Ashley and two brothers. Her sister once revealed in a video that when Salice was a child, she used to steal her clothes. Ashley is a lesbian.

Talking about her ancestry, she belongs to Peruvian heritage so that explains her likeness towards Hispanic culture. She attended a local military high school but later dropped out to pursue her interest in the field of making videos.

During her high school days, she used to get into a lot of trouble but used to laugh it off.

Salice Rose started her career in the internet world when she posted a picture on the social media platform, Instagram.

She posted the first video on her YouTube channel in the year 2015. The video was titled Late Night Thoughts and has garnered up to 1.2 million views.

But she first came to the public eye from her musical.ly page named officialsalicerose. In the music platform, she has around 2 million followers, whereas on Instagram it's 9.8 million, and on YouTube, it's 1.8 million subscribers.

She generally makes videos related to day to day life and is known for her weird sense of humor. The 24-year-old internet personality is also involved in various social works. She has own line of merchandise named Salice Rose Merch.

She is better known for her video content and her amazing tattoos rather than her pictures.

Salice Rose generally earns money from her social media accounts. From YouTube, her estimated yearly earnings are around $60k.

She also runs her own line of merchandises which includes sweatshirts, hoodies and many more. The price range of her products is around $20 to $37.

Talking about her current relationship status, she is possibly single at the moment. Salice is riding high on her successful career so looks like she doesn't want any distractions for now.

There is no information regarding her past affairs. Salice Rose shares an exact birth of date with Tiara and Tamara Rapp. She dances and sings to make her point and even does a bit of acting. Rose mixes up her talks, dancing and singing with background music to make her videos highly entertaining.

Her dating life and relationship is a complete mystery still, she gives clues about her affair via Twitter posts:

Earlier in August 2017, she literally challenged her fans and media. She stated that no one would ever know about her dating life.

Salice stated herself as a fan of R&B singer, Trey Songz. She is also involved in various social activities such as "Kiss My Pink." It's a lipstick brand which contributes directly to the welfare of the females. Studio 71 is the sole creator of the product.

Salice along with Shameless Maya, Trevor Moran, and many more promoted the brand to increase awareness regarding female's health.

According to many websites, her estimated net worth is around $5 million but the exact amount is still under review.