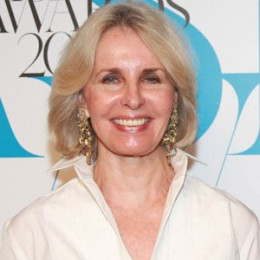 Sally Quinn is a famous American author and journalist. A Savannah, Georgia native Sally writes blogs about religion at The Washington Post. She is the third wife of legendary Washington Post newsman Ben Bradlee. Sally appeared on Television, joining CBS News in August 1973 and worked as co-anchor of the CBS Morning News.

Sally Quinn was born on July 1, 1941, in Savannah, Georgia, the US to Sara Bette Williams and General William Wilson. Her mother died on September 26, 2004, and her father on September 11, 2000. Both her parents are buried at Arlington National Cemetery.

Sally Quinn was brought up in her birth place Savannah with her two siblings; younger sister, Donna and a younger brother, William Quinn Jr. Regarding her nationality and ethnicity, Sally is a white American. She graduated from Smith College in 1963.

Sally Quinn began her career in journalism with minimal experience at The Washington Posts. She soon worked as a reporter for the paper’s style section. There she worked with Bob Woodward and Carl Bernstein as well.

Also, Sally worked as a co-anchor of the CBS Morning News alongside Hugh Rudd. She joined the CBS family in AUgust 1973. With prior training, Quinn was given ninety minutes before her TV debut, collapsed while reporting as she was fighting the flu. Her first week as a reporter, people criticized about her ad libs. She left CBS on February 1, 1974. She even wrote a book about her disastrous Tv career titled We're Going To Make You A Star. She is also the author of the book The Party: A Guide To Adventurous Entertaining.

Sally Quinn was previously married to Ben Bradlee on October 20, 1978. Ben was executive editor of The Washington Post from 1968 to 1991. He also worked as a communications officer for the Office of Naval Intelligence, during World War ||.

The couple first met when he was Executive Editor, and she was a reporter at the Washington Post. Even though, Ben was much older than Sally, she started sending him unnamed love letters. The couple lived together for some year in the Watergate building before getting married.

Their son Quinn Bradlee was born on April 29, 1983, when she was 41 and Brad was 61. Quinn is an American filmmaker, author, and advocate for improving the lives, disabled individuals. He got married to Pary Anbaz- Williams in the year 2010.

Sally Quinn writes blogs about religion at The Washington Post. The Washington Post usually pays $45000 annually to its writers. Well, she must receive a salary close to that. She and her late husband bought Grey Gardens in East Hampton, New York from Edith Bouvier for $ 220,000 and in 2016 it was valued at $726,000. She has put the house for sale now.

Ben Bradlee was executive editor of The Washington Post from 1968 to 1991. He also worked as a communications officer for the Office of Naval Intelligence, during World War ||. He died in 2014.

Josiah Quinn is an American filmmaker, author, and advocate for improving the lives of disabled individuals.