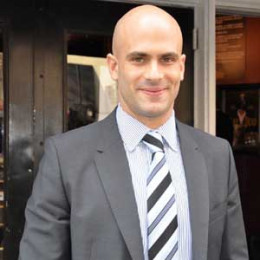 A famous American chef, Sam Kass worked at White House for the former president, Barack Obama, and family. Sam also worked with Michele Obama for Food initiative and also used to work for the welfare of health and fitness.

Sam was born to Valentine Hertz Kas and Robert Kass in 1980 as Samuel David Kass in the United States. His father was a teacher at a private University, the University of Chicago Laboratory and has taught Malia Obama, daughter of former President, Barack Obama in the fifth grade. In 2015 his father retired. Sam's mother, Valentine was previously the director of Omnimax productions and later on, she was appointed as a science instructor at National Science Foundation.

Kass attended Lab School for his high school and graduated in 1998. On scholarship, he played for varsity baseball team at Kansas Community College and was a center fielder and later transferred to Triton College. Sam graduated in 2004 with a degree of A.B in History from University Of Chicago. There he played as a right fielder.

Moreover, he went Austria to study cooking from Christian Domschitz in 2003 and 2004. Before that, he had already worked in a restaurant named, 312 Chicago under the chef Dean Zanella.

Sam Kass started his career by opening his private chef company called, Inevitable Table in 2007. Many people liked his cooking. Furthermore, he was appointed as a chef in White house for Barack Obama and also became Michelle Obama's Food Initiative Coordinator. In 2013, Kass was appointed the executive director of Let's Move!, a campaign whose goal is to reduce childhood obesity to 5% by 2030. He was also promoted to Senior Policy Advisor for Nutrition Policy.

On 8th December 2014, Kass departed from White House and his efforts and dedications were really appreciated by Obama family. Currently, he is working on his book which is dated to publish this year.

He has won various esteemed titles and awards like- he was listed 11th position on Fast Compny magazine's 2011 list of 100 Creative People, Red Dress honorees, an annual award for acheiviment in uplifting health and fitness factor by Women's Magzine (2016), and much more. In 2015, NBC News named him as a Senior Food Analyst.

Sam Kass was engaged to Alex Wagner, a television anchor known for MSNBC in September 2013. Moreover, on 30th August 2014, the pair married in a ceremony in Blue Hill at Stone Bars, New York (a restaurant). Barack Obama and family were also among the guest. Till now they have no children. The husband and wife couple are living a very happy life.

Sam has an estimated net worth in millions whereas his wife has a net worth of $3 million.

An anchor, Alex Wagner is known for MsNBC. Alex and Sam married on 30th October 2014 after being engaged for a long time.