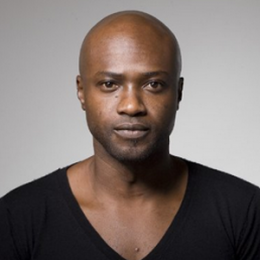 Sammi Rotibi is a Nigerian born American actor, well known for his portrayal as Eben in the supernatural drama series The Secret Circle. He is also known for his appearance in the movie Django Unchained and Batman vs Superman: Dawn of Justice.

Sammi Rotibi attended schools in various places including Nigeria, London, and finally in Miami. After his graduation from College in Miami, Rotibi was first spotted as a teenager by a casting agent. During the time, he was working in a bank as a clerk.

Rotibi was given a small role in the last episode of Miami Vice. Since then, he has worked in several T.V productions in Los Angeles and England.

Rotibi has also made his appearance in Quentin Tarantino's movie, Django Unchained. His other film includes Batman vs Superman: Dawn of Justice, Blue, The Tears of The Sun, Dirty Laundry, and Bad Ass 3 among others.

He has also made his appearance in television shows and series including, The Law of Fugitive, Special Unit 2, Washington Police, The Experts Manhattan, Son of the Beach, The Secret Circle, Invisible Man and more.

Sammi Rotibi seems to be single currently. He has not introduced anyone as his girlfriend and does not wish to talk regarding his personal matters.

Rotibi says, he wants to be a part of a movement, as he was hurt when he heard the racist 'N' word for the first time in Miami which deeply affected him.

Sammi Rotibi earns a decent amount of money from his career as an actor. He has appeared in various movies and television series to date. As of 2018, Rotibi's total net worth not less than a million.