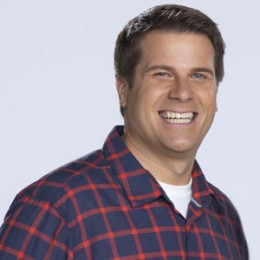 Sandy Jobin-Bevans is a Canadian comedic actor most known for his portrayal as Jack Foster on the sitcom Life With Boys. He is a married man and is living happily with his wife, Kylee Evans.

Sandy Jobin-Bevans is a comedic actor. He has performed in several films as well as TV series. He also played in drama like Life with Boys. Bevans made his appearance in movies and series such as Harold & Kumar Go to White Castle, Dawn of the Dead, The Gavin Crawford Show, The Endless Grind, Off The Record with Michael Landsberg and many others.

Jobin-Bevans has accomplished a lot throughout his career. He won three Canadian Comedy Awards along with the main-stage cast of The Second City in Toronto. Besides that, he is the member of improvisation troupe Slap Happy. In 2001, he coached Toronto team in the World Improv Championships at the Just For Laughs comedy festival.

The handsome actor Sandy Jobin-Bevans is a married man. He took the vow with his beautiful wife Kylee Evans in 2011. The ceremony was held at Pictou Lodge in Pictou County, N.S. in attendance of friends and family.

The duo first met on the backstage of the show where Sandy performed. His wife Kylee approached him first, and the pair started dating after that.

As a comedic actor, Jobin-Bevans earns a decent amount from his career. His actual figure of net worth is not yet revealed, however looking at his impressive career, it can be assumed that it is somewhat in millions.

Canadian actress Kylee Evans is a beautiful wife of Sandy. She is most known for her work on Good Witch, The Stanley Dynamic and Billable Hours.