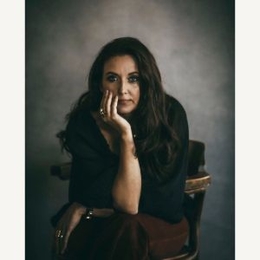 Sanna Lundell is a reputed Swedish TV celebrity, freelance journalist, TV presenter, and media personality who is known for her journalistic work for magazines like Mama, Hennes, M-Magasin, and Aftonbladet newspaper. Moreover, Lundell is famous as the daughter of legendary Swedish singer and composer Ulf Lundell. Though a celebrity kid, she has established her own name in public through her exceptional intelligence.

Is Sanna Lundell Married? Who's Her Husband?

Sanna Lundell is a high-profile media representative who has been part of the Television news world for decades; she has always been open about her personal life in the media since the beginning of her career. Lundell has always preferred to share her relationship status with her loved ones as she thinks followers are part of her family who encourages and admire her in every phase of life.

Regarding the TV presenter's relationship status, she is engaged to her fiance Michael Persbrandt, a Swedish actor internationally acknowledged for his performance as Gunvald Larsson in the Beck series of movies. The details of her engagement with the actor are under wraps.

Michael and Sanna met for the first time through a familiar friend in Sadhamn, Stockholm, in 2005. Michael was smitten by the lady's beauty, and he asked her out, and they soon began dating.

As both are associated with the TV world and media, they understand each other's roles and commitment and support one another in their respective fields. 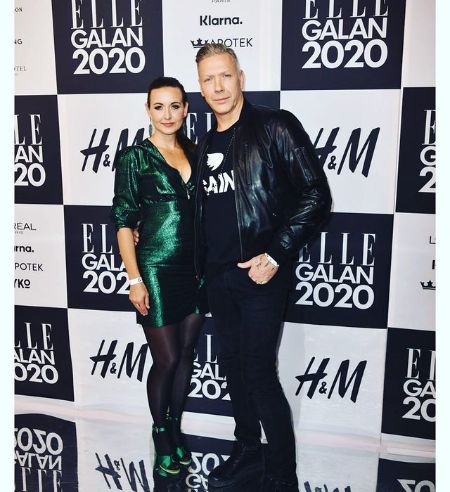 The couple had a roller-coaster relationship of about seventeen years of relationship, and she is happy with her fiance. The pair is blessed with three sons: Igor, Lo, and Fox.

Sanna also has a daughter, Olga, from a previous relationship. Despite up and down in her life, Lundell is cheerfully enjoying her quality time with her partner and family living together on the farm Stora Lundby in Sorunda.

Sanna's Confession About Her Relationship With Michael Persbrandt

Sanna Lundell is well-settled with her Swedish actor partner. Things have been going smoothly in their love life till now. However, in an interview, the celeb herself claimed about a controversial and bitter relationship that she has had with her fiance.

During the beginning of their relationship, their personal life was healthy, but soon after, Michael's drug addiction and bipolar disorder disrupted harmony and created disputes between the loving couple.

The duo's relationship was getting worse during the time and was on the verge of ending as the Lundell became unbearable with Michael's behavior and habits. The two even began living separately.

During the situation, the talented lady took full care of her children and home; Sanna had to work harder so far and even worked as a freelancer journalist to look after her family. 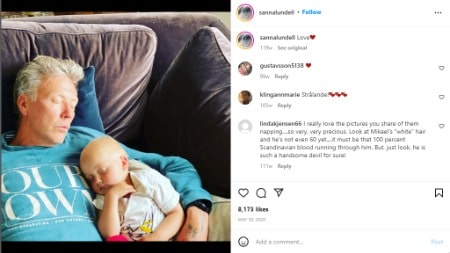 But the journalist believed in healing their relationship, which happened in real as well soon after the proper medication and treatment for Persbrandt. After everything, her fiance finally changed, and everything started to get back to normal. 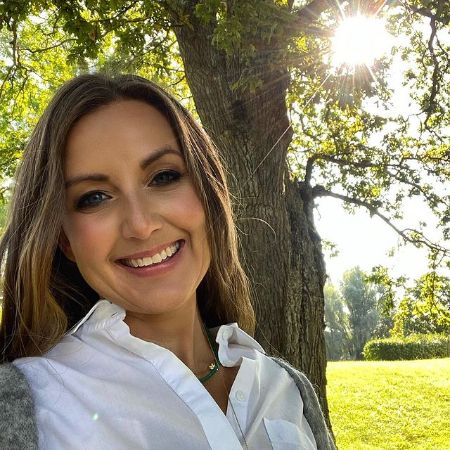 Presently, everything is alright between the two; where Sanna talks about marriage to Michael, and they are ready to exchange vows shortly.

The 43-year-old said in one of her podcasts that it "changed everything for the better." Keeping the difficult love journey aside, both are happy and living a peaceful life with each other in their hometown. Soon, they may turn their engagement into a wedding. Best wishes!

Djavulsalansen TV presenter Sanna Lundell wasn't married before, but she has had at least one relationship in the past. The TV personality believed in love, peace, and her optimistic perception of the world. Sanna is a charismatic personality loved for her incredible and effortless beauty with talent. The multitalented Tv programmer was in a relationship with famous Swedish singer, composer, songwriter, and rapper Willie Crafoord, well known for introducing hip-hop music in Sweden to a broader audience in1980 through his rap group Just Din. 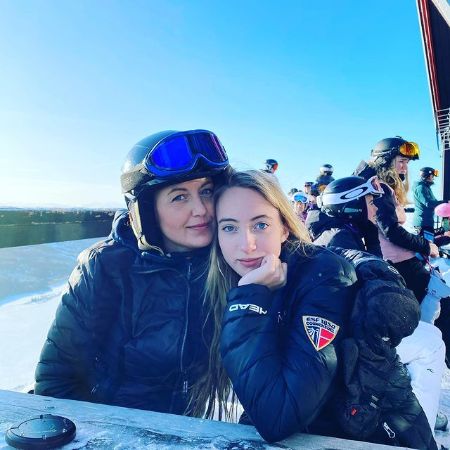 Sanna Lundell is having some pleasant moments skiing with her daughter Olga SOURCE: [email protected]

Sanna and her ex-boyfriend Willie's dating history is unavailable on the internet, but the ex-couple welcomed their daughter in 2001 named Olga, who is currently living with her mother. Both have moved on after separation with a different fan base in public, moving ahead for more appreciation in their profession.

Sanna Lundell's Earning and Net worth

The daughter of Ulf Lundell is at the top of her journalism and television career. The lady couldn't be happier with her career achievement and beautiful family life; her hard work and dedication to the media world paid off everything she owns today in Sweden. 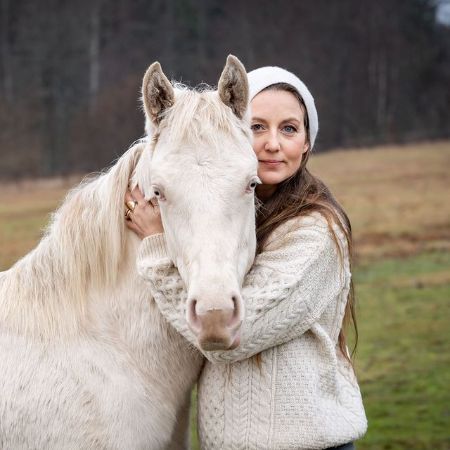 Lundell is one of the most prominent celebrities in the nation, and the audience prefers her appearance and appreciates her work series on Television and in magazines. The gorgeous lady is known for her luxurious lifestyle and lavish-worthy celebs of Sweden.

The primary source of Lundell's earnings is from journalism and TV work, where she is paid well. Looking at her properties, profession, and media popularity, she surely earns a good amount. Her estimated net worth is around $3 million. Swedish actor and journalist Daniel Lundh also holds the same net worth.

Talking about her property, Sanna and her fiance Michael are the owners of the great and most expensive Stora Lundy farmhouse in Nynashamn, where both live peacefully with their children. In their farmhouse, there is a stable with horses, a dog, a cat, and some art collection. 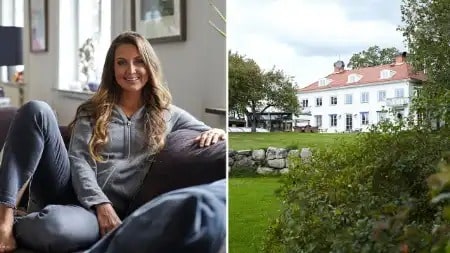 The TV anchor's house is very comfortably attractive and elegant, with an area of about 40 hectares, 11 rooms, and a spacious kitchen. Lundell personally worked with the artist on the interior design of the rooms of her luxurious apartment.

Noone can't deny that her house and designs are effortlessly beautiful mansions where she decorates her house and family with love and care. 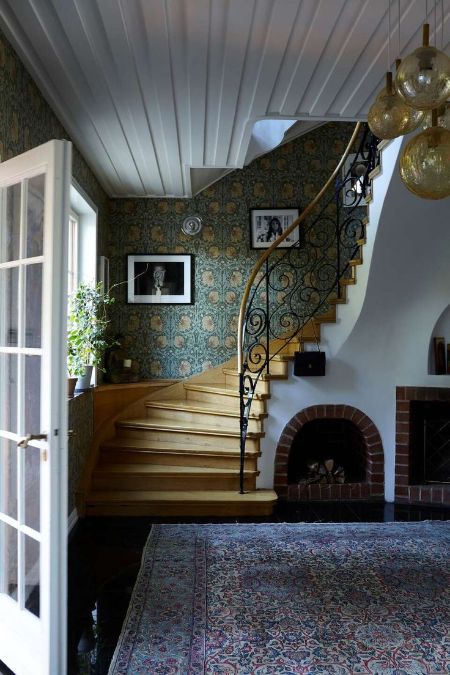 The interior design of the house look of Sanna Lundell SOURCE: SAQVO

Apart from the Stora farm House, Journalist had the property of a fishing shed in Gotland, an apartment near Cannes, and a splendid apartment in Gardet. Lundell had earned everything from her dedication and achievement through her successful career without the support of her fame as a celebrity kid. She is outgoing and loves adventure, arts, animals, and exploring the world with a smile on her face.

Sanna Lundell is the top-listed journalist who came into the limelight after working as a TV journalist on the SVT series Djavulsdansen's co-dependence with Ann Soderlund. She continued her media work on the TV3 channel; in June 2013, she started to work on documentary series. 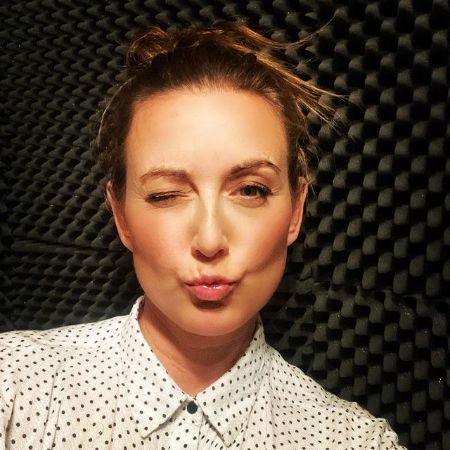 Lundell also worked her journalistic career in the magazine Mama, Hennes, and M-Magasin with recognization for her excellent work. She even appeared in TV4 broadcasted program Let's Dance 2019 as a contestant, where the TV personality amazed the audience and judges with her superb dance skills.

Besides, the TV presenter is a social media influencer having more than 87.2k followers on Instagram, where she posts about her personal and professional moments.

Click Marriedwiki to learn more news about celebrities around the world.