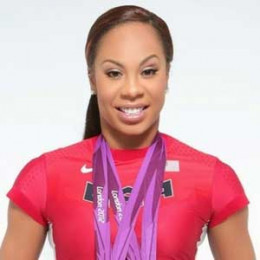 Sanya Richards- Ross is a 4-time Olympic Gold Medalist. She broke Valerie Brisco-Hooks US record. In 2006, she was named the Female World Athlete of the Year and ranked #7 woman performer of all time.

Sanya Richards- Ross is a former Jamaican-American Athlete born on February 26, 1985, in Kingston, Jamaica. She lived with her family in Fort Lauderdale, Florida. Richards started running from the age of 7. She moved to the United States along with her family in her early teens to pursue her career as an athlete.

Sanya graduated from St.Thomas Aquinas High School in Fort Lauderdale. Before living in Jamaica, she attended the Vaz preparatory and the Immaculate Conception High School. Later, Richard enrolled at the University Of Texas.

While attending the University of Texas Richard won the NCAA National Championship in 400 meters. In 2004, at The Athens Olympic, she was part of the US team, which finished first in 4x400 meters relay. In 2005, World Championships in Athletics, Richards won a silver medal in the 400 meters. In 2006, she won her sixth out of six IAAF Golden League events in the same season together with Jeremy Wariner (400 m) and Asafa Powell (100 m), which earned her a total of $250,000.

During the 2009 season, Richards-Ross took the 400 m national title, finishing 50.05 seconds, over half a second faster than the second-placed Debbie Dunn. At the World Championships, Richards won her fourth Golden League race in the 400 m with the time of 49.34 seconds and won her first global championship in the 400 m at the 2009 IAAF World Athletics Championships in Berlin with a world-leading time of 49.00 seconds.

On August 5, 2012, at the 2012 London Olympics, Richards finished the women’s 400m in 49.55 seconds and won the gold medal for the US. Richards suffered a career-ending injury in her right hamstring at the Olympic trials on July 1, 2016, & announced that she would retire and won't compete at the 2016 Summer Olympics. Later, she became the commentator for the track and field events for the 2016 Olympic Games.

Then, she was inducted into the Texas Track and Field Coaches Hall of Fame, Class of 2016.

Sanya Richards-Ross is one of the popular a Jamaican American track and field athlete. As of 2017, she has an estimated net worth of $2.5 million. In 2006, she won sixth out of six IAAF Golden League and earned $250k.

During her college as freshman year at Texas in 2003, she began dating Longhorn football cornerback Aaron Ross. The couple engaged in 2007 and tied the knot on February 26, 2010. The couple is blessed with a son, Aaron Jermaine Ross II, born on August 12, 2017. She has more than 304k+followers on Instagram. 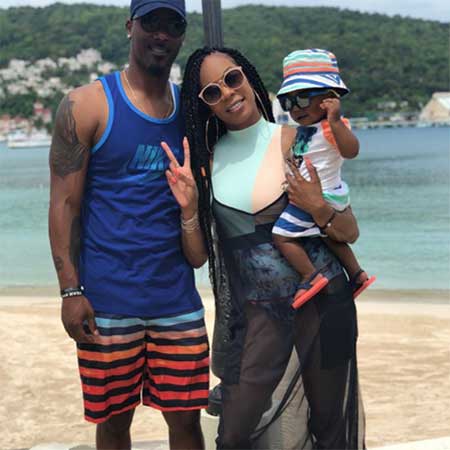 Sanya Richard-Ross began dating Aaron Ross, during her year at University. They are expecting a child in this year.