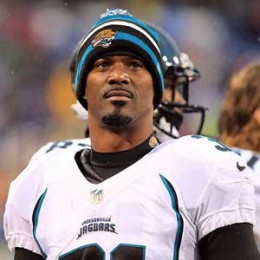 Aaron Jermaine Ross is a former American football cornerback. He was drafted by the New York Giants in the first round of the 2007 NFL Draft. He has played for several famous football clubs like Jacksonville Jaguar, Cleveland Browns and so on.

Aaron Jermaine Ross, known as Aaron Ross is a former American football cornerback, born on September 15, 1982, in Hartford, Wisconsin to father Aaron Yates Ross and mother Cheryl Rosh. He was raised along with his brother James Ross.

Ross attended John Tyler High School in Tyler, Texas, where he competed as quarterback, wide receiver and running back in his three-year career under coach Allen Wilson. He later attended the University of Texas. During his school time, he participated four times as a sprinter in track & field and twice in basketball.

He played in thirteen games behind Nathan Vasher at left cornerback in 2003, with 27 tackles (23 solos). Aaron was a right cornerback alongside Tarell Brown in 2004 and appeared in twelve contests. He performed 36 tackles (28 solos) with an interception and three pass break-ups. Ross also averaged 7.6 yards on 18 punt returns. He began two games at cornerback and ranked tenth in the nation with a 14.7-yard average on 34 punt returns, returning two for touchdowns.

In 2006, Ross was a full-time starter. He received All-American and All-Big 12 Conference first-team honors, also named the Thorpe Award winner (nation’s top defensive back). In 51 games at Texas, Ross started 15 times. He registered 205 tackles (145 solos) with a one-yard sack, five stops for losses of 21 yards and a quarterback pressure.

Ross was a member of a Texas recruiting class which contained future NFL players Rodrique Wright, Justin Blalock, Brian Robison, Kasey Studdard, Lyle Sendlein, David Thomas, Selvin Young, and Vince Young. The class was named as one of the strongest college recruiting classes ever, which won the 2005 National Championship.

Later, the Jacksonville Jaguars signed cornerback Ross for three-year, $15 million contracts during the March free agency period in 2012. On March 12, 2013, Ross signed with New York Giants, where he was placed on the IR(Injured Reserve) after week 4 of the 2013 NFL season with a back injury, and his season was over. On June 20, 2014, Ross signed with Baltimore Ravens, but after his injury, his season ended on July 24, 2014. On August 16, 2015, he signed with the Cleveland Browns and freed by the Browns on August 31, 2015.

During his early days at Texas, He began dating Sanya Richards, who is a track and field athlete in 2003. The lovebirds dated for three years before getting engaged in 2007 and tied the knot on February 26, 2010. The duo's wedding was featured on an episode of Platinum Weddings. The happily married couple is expecting a child this year.

As of 2017, the former NFL player has an astonishing net worth around $4 million.

Aaron Ross married his college girlfriend Sanya Richard, who is an athlete. The couple is expecting a child in this year.