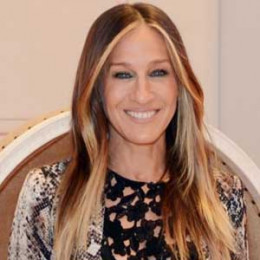 Sarah Jessica Parker is a producer, actress, and designer. She is known for her leading role as Carrie Bradshaw on the HBO television series Sex and the City. Parker made her Broadway debut at the age of 11. She also won several awards for her performances in various movies.

Sarah Jessica Parker was born on 25, March. 1965, in Nelsonville, Ohio, the US to mother Barbara Parker, who is a nursery school teacher and operator and father Stephen Parker's. an entrepreneur and Journalist.

After her parent's divorce, her mother married Paul Forste, truck driver, and account executive. She grew up along with her seven siblings.

Parker enrolled at the school of American Ballet in New York City, the New York professional children's School, the school for creative and performing Arts in Cincinnati and later in Hollywood High in Los Angles.

At her early age, she took classes in singing and ballet and soon won her first role in the Boardway revival of William's Archibald's, The Innocents. Parker and her family moved to Cincinnati and then to Dobbs, Ferry, near New York City so that she could get special training.

Her mother and stepfather helped her to develop a career as a child actress. The family later moved to Englewood's, New Jersey's, where Parker attended Dwight Morrow High School.

In 1979, Parker got selected for a role in the new 1977-81 Boardway musical Annie: first in the small role of 'July' and then a lead role of the Depression-era orphan, which she held for a year.

In 1982, Parker appeared as the co-lead of CBS sitcom Square Peg's. She was cast in for films: Footloose in 1984 and 185's Girl Just Wanna Have Fun. In 1986, she appeared in the Cult Classic Flight of the Navigator, a Disney science fiction film

In 1991, she appeared in a supporting role in the romantic comedy L.A Story. In 1996, she was cast in Tim Burton directed Movie, Mars Attacks!, as well as, The First Wives Club and The Substance of Fire, where she showed her 1991 stage role.

Sex and The City

The script for an HBO's comedy-drama series titled "Sex and The City" was given to Parker. The creator of the show Darren Star wanted her for his project and Parker agreed to star. In 2004, after five nominations Parker won an Emma Award for the lead role.

Parker began Style icon with an immense commercial appeal. In 2003, she became the Spokesperson for Granier's hair Products, Same Year, she signed $38 million deal with the Gap and became the Council of Fashion Designers of America's "Fashion Icon of the Year." In 2005, Parker launched her first perfume 'Lovely.' She also had her own lines of shoes called The SJP Collection, lofted in 2014.

Parker made her several guest appearances on the small screen on the hit musical series 'Glee.' In 2016, she appeared as the executive producer and starred in HBO comedy 'Divorce,' from which she received a Golden Globe nomination.

Sarah Jessica Parker is a married woman. She married Matthew Broderick, who is an actor and singer. The couple tied the knot on May 9. 1997. They first met at the Naled Angles Theatre company, where Parker bothers's introduced her with Broderick.

The couple married in a Civil Ceremony in Historic Synagogue on lower East side in Manhattan. The duo has three children's together, son James Wilkie Broderick, born on 2002, and twin daughters, Marion Loretta Elwell and Tabitha Hodge vVia Surrogate in June 2009.

Before her marriage, Parker had been in several affairs. In 1984, she dated Robert Downey Jr., who is an actor, film producer, and songwriter. They started dating after co-starring in the 1984 film First Burn. They separated in 1991. The main reason for the break up is Downey's drug problem.

There were rumors that after she had broken up with Robert Downey Jr., she began her relationship with John F. Kennedy Jr., who was a Pilot and business person in 1991, but there is no fact about the rumors.

As of 2017, Parker's net worth is estimated to be around $90 million, which she earned through her hard work and performances in theater, films and many roles on television series.

Sarah Jessica Parker married Matthew Broderick. They have three children's together, one son and twin daughters.