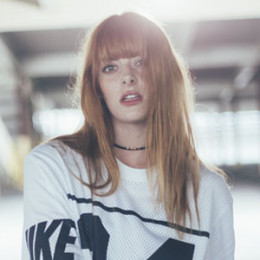 Actress, dancer, model, and stunt personality, Sarah McCreanor, portrayed Breannah in Season 2 of AMC's Fear The Walking Dead 2016 (Tv Show). She is well-known for her versatility, which extends into dance, acting, acrobatics/stunts, modeling, choreography, and visual arts. Girl of Steel (2014), The Redland: Survive (2014), and West Side Swordy (2015) are her famous works.

Australian actress Sarah McCreanor is well known for her creative flair and charisma in the arts. She played the role of Breannah' on the AMC TV series 'Fear the Walking Dead.'

Sarah is known for her work on 'Girl of Steel' (2014), a conceptual fan film based on DC Universe/Comics heroine, Supergirl. It was directed by Vincent Tran and written by Vincent Tran.

McCreanor's famous work 'The Redland: Survive (2014)' was about Earv and Kose, members of "The Redland" who have to save Kose's fiancée from killer zombies. It was directed by Ari Robbins and written by Lamont Cain. She also did a stunt in this short movie.

Check out the clip of Sarah McCreanor's commercial reels!

Recently in 2017, she played in the movie Exuberance where she plays the role of a shadow dancer. In 2018, she appeared in Ghost's music video Dance Macabre.

Smac has also been featured as a dancer in numerous high-profile celebrities' music videos. The artists include Dua Lipa, Nicki Minaj, Logic, Fergie, Muse, and many others.

Sarah has also co-created comedy sketch shows at Comedy Central Stage and The Second City Hollywood. Her photography skills are also no less, as her photographs have been published in fashion magazines.

The talented dancer has also booked over 40 commercials for various brands till now. All in all, we can say that the lady has accomplished a great deal in her life.

Sarah McCreanor's Personal Life; Who is She in a Relationship With?

Sarah McCreanor is pretty open when it comes to her personal life. She shares about both her personal and professional life on her social media, especially Instagram. But the lady is not single and is in a relationship right now.

The Fear the Walking Dead star is in a relationship with her boyfriend, Ryanimay Conferido. Her lover Ryanimay is an American dancer, musician, and host. 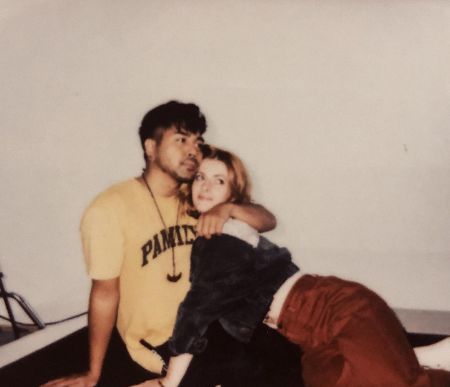 McCreanor is not shy about flaunting her love life on social media and openly shares pictures with her lover. They love traveling together whenever they are free from their respective work.

Earlier on September 20, she shared pictures of herself with her lover and friends on their trip to Morocco. She wrote, "Morocco + friends such a fun trip with everyone! Also I fell in love with a donkey."

It just shows that the duo gets along really well and has a close bond. No news of marriage or engagement has been announced by the actress. They might be taking their time, but eventually, that day looks to be soon. The 2008 SYTYCD runner-up Stephen Boss is living happily with his wife and kids.

Sarah McCreanor is hard-working and dedicated towards her work; as a result, she is where she is today. She is close to her family, and they support her in every situation.

Sarah McCreanor's Net Worth And Earnings

Sarah McCreanor has been dancing and acting her whole life. Now she has even tried her hands at comedy and photography. As a result of her years of hard work, she holds an estimated net worth of $500,000. In contrast, another female dancer Rhiannon Fish has a net worth of $1.5 million.

Sarah McCreanor was a contestant in the 16th season of SYTYCD, which viewers may know as So You Think You Can Dance. It is an American reality television dance competition that has been airing on Fox for 17 seasons now.

Check out the clip of Sarah McCreanor's audition in So You Think You Can Dance!

The 30-year-old was one of the viewers' favorite dancers to audition. She performed the jazz-style dance on stage, captivating both judges and the spectators. Sadly, she did not make it past the Academy.

For more articles like the one above, don't miss out at Married Wiki.