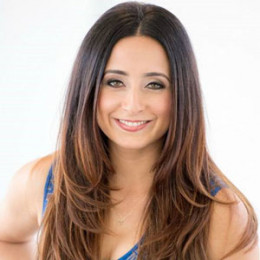 Sarina Morales is a sports journalist known for her time as part of the original launch team for Sports Center. She also won a contest to be a Nike Field Journalist during 2009 which helped her to gain popularity.

Born as Sarina Morales on March 29, 1986, in Connecticut, the United States, she was supported to join the field of Journalism by her parents from an early age.

Morales attended Syracuse University and graduated with a degree in Journalism.

The 31 years-old journalists Morales debuted as a regular anchor for the program of the team of Sports Center: AM. She served as a contributor to ESPN and worked in social media marketing for National Geographic in between 2013 and 2014.

Morales joined ESPN along with comedian Reese Waters. She also received the attention and was able to raise her name and fame after she won a contest to be the Nike Field Journalist.

Morales is a married woman, and the husband-wife has recently welcomed a newly born baby. However, she has still not revealed any information regarding her husband and child.

As Sarina has a successful professional career, her salary was calculated to be $300,000 annually. Her net worth is estimated at $1 million.