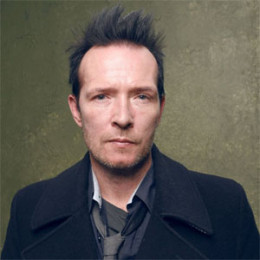 Grammy Awards winning singer and songwriter Scott Richard Weiland was best known as the lead singer of the band "Stone Temple Pilots". He was also a member of the supergroup" Velvet Revolver". He performed in 2000 episodes of VH1's Storytellers with surviving members of Doors. Weiland was ranked in the Top 100 Heavy Metal vocalists by American music magazine "Hit Parader". He has also released several solo albums.

Scott Weiland was a married man. He was married to three different women. Weiland had two children with his second wife and later he married his third wife photographer Jamie Wachtel with whom he met during the shooting of the music video of the song "I'll Be Home for Christmas" and they tied a knot in 2013.

Weiland died on December 3, 2015. He was found dead on his tour bus while on the tour with Scott Weiland and the Wildabouts (rock and roll band). He died at the age of 48 due to an overdose of drugs.

Most talented and versatile singer Scott Weiland was born in San Jose, California at Kaiser Hospital. He was the son of Kent Kline and Sharon nee Williams, born on October 27, 1967. He spent his childhood ai Ohio with his mother and stepfather. From a young age, he showed his interest in singing. 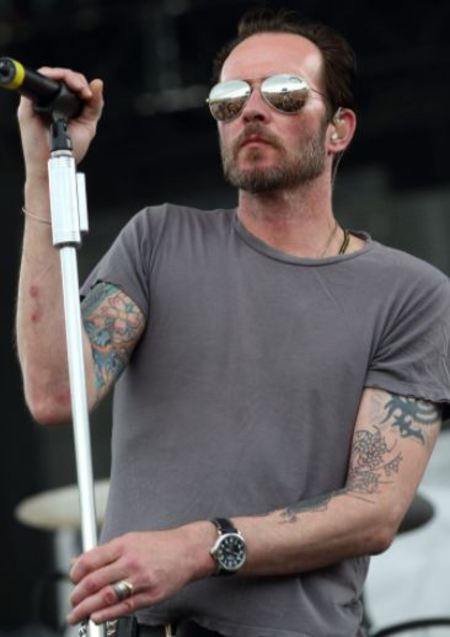 At Ohio, he attended Kenston High School. He had a shocking experience at the age of 12. He was raped by a high school student, a senior but he was really scared to reveal it. Later, in his memoir, he revealed the terrible experiences shocking everyone. At his mid-teens, he moved back to California and attended Edison High School and Orange Coast College. He started his first band in high school and became more interested in playing gigs and partying than studying.

Scott Weiland was the lead singer of Stone Temple Pilots, which made him well known in Hollywood. In 1992 Weiland and other teams of Stone Temple Pilots released their first album Core. Likewise, they released many other albums, among them five albums of STP was sold over 35 million copies worldwide. For their song Plush, the group won a Grammy Award. 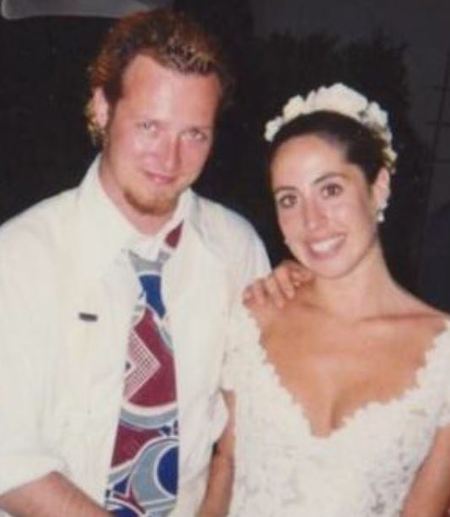 Later singer Scott Weiland got married to his first wife Below Empty Janina Castaneda in 1994 before they divorced in 2000. SOURCE: Below Empty

Stone Temple Pilots released the final self-titled album with Weiland in 2010 and toured with the singer until 2012. STP fired Weiland in 2013 and replaced him with Linkin Park frontman Chester Bennington who left the band in 2015.

After escalating to fame as the lead singer at Stone Temple Pilots, he decided to carry on his solo career and in 2003 he joined the supergroup Velvet Revolver, a band made up mostly of former members of the legendary hard rock act. He joined the band as the lead vocalist.

Weiland enjoyed much success with the band Velvet Revolver but he ended up leaving Velvet Revolver. In 2008, he headed back into rehabilitation due to drug addiction and alcohol abuse.

Scott Weiland recorded four solo albums: 12 bar blues, Happy in Galoshes, A Compilation of Scott Weiland Cover Songs, The Most Wonderful Time of the Year. Also, he has a cover version of I'll Be Home for Christmas with the respective music videos.

In 2006 he launched his own record label, Softdrive Records. Later he announced that his label signed the up-and-coming rock band Something to Burn. Also in 2008, he made a publishing deal with Bug Music. In partnership with designer Christopher Wicks, Weiland proclaimed the launch of his clothing line, Weiland for English Laundry in 2009. 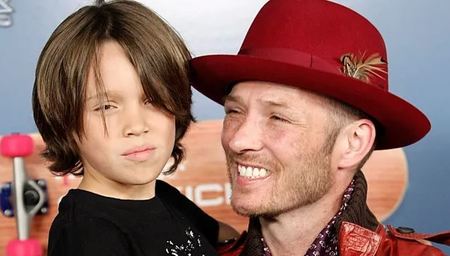 Scott Weiland and his son Noah Weiland at an event. SOURCE: USA Today

Scoot Weiland was featured as the vocalist by the American rock band Art of Anarchy released on June 2, 2015, which was Weiland's last album before his death on December 3, 2015.

Scott Weiland lived a luxurious life. He had an estimated net worth of $2 million as of 2022. Weiland published four solo albums before his death which made a significant collection. First-week record sales of his solo album Happy in Galoshes were sold approximately 10 thousand copies from which he earned $11,000.

Weiland had the car collection of BMW which costs $60,795. Approximately 110 thousand copies sold of the album Libertad with the band Velvet Revolver were sold from where he earned $143,000.

From his other album Core with STP, he got $10,829,000 and approximately 8.33 million copies of the album were sold worldwide. Despite the earnings, his third wife, Jamie Wachtel revealed that Weiland left behind "an enormous amount of debt" and she hasn't received much money from the singer's estate.

On September 17, 1994, Weiland got married to his first wife Janina Castaneda. The duo was yet to welcome any child but due to their personal reasons, the couple divorced after six years of marriage in 2000. Following the divorce, in the same year in May, he married model Mary Forsberg. The couple welcomed two children: Noah and Lucy Weiland. After seven years of marriage, the duo divorced. 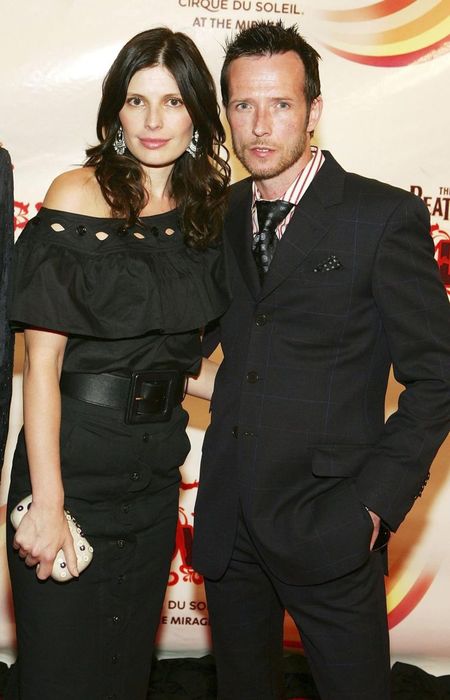 Scott Weiland's and ex-wife Mary Forsberg as pictured at an event. The couple divorced in 2007. SOURCE: NY Daily News

In 2006 he performed at the University of Notre Dame's Legends Restaurant where he sang several of his solo songs as well as Interstate Love Song and a cover of Pink Floyd's Wish You Were Here. Also in the interview of Blender magazine, he said that he was raised a Catholic.

In the interview with Rolling Stone in 2012, Weiland claimed that he was engaged to the photographer and painter Jamie Wachtel whom he met while filming the music video of the song I'll Be Home for Christmas. Once in an interview with Heavy.Com Scott said that,

I am incredibly happy as I met her. She is incredibly beautiful in every aspect and I guess we will marry soon. She is the greatest thing that happened to me in a long, long time.

The duo tied a knot in summer 2013 in their own Los Angeles home in a private ceremony, organized by their families. The duo was living a delightful life until the death of Weiland.

Cause of Weiland Death

Scott Weiland died on December 3, due to an overdose of cocaine, ethanol, and methylenedioxyamphetamine (MDA).  He also suffered from atherosclerotic cardiovascular disease, a history of asthma and multi-substance dependence.

He was found dead on a tour stop in Bloomington, Minnesota after passing away in his sleep. After the day of his death, Bloomington police disclose that they had found a few quantities of cocaine in the tour bus bedroom where Weiland was found dead.

On September 17, 1994, Weiland got married to Janina Castaneda. The duo did not bless with any children but due to their personal reasons, the couple divorced after six years of marriage in 2000

he married to model Mary Forsberg. The couples are blessed with two children Noah and Lucy. After seven years of marriage, the duo divorced.

The duo tied a knot in summer 2013 in their own Los Angeles home. The ceremony was organized by their couple and families. The duo was living a delightful life until the death of Weiland.