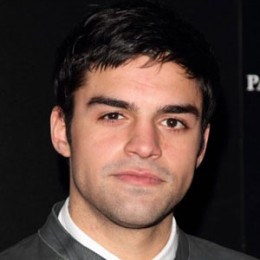 Sean James Teale, better known as Sean Teale, is a British actor who is famous for the role Prince Conde in an American historical fiction romance TV series, Reign, created by Laurie McCarthy and Stephanie SenGupta. He is dating actress Adelaide Kane and is a rumor to be engaged very soon.

Sean Teale is born on 18th June 1992 and grew up in the city of Putney, London. He is the son of Noel, an IT consultant, and Fini, a design advertising agency. He belongs to Venezuelan, Spanish and Welsh origins.

He attended Latymer Upper School, Hammersmith and later moved to the University of Manchester where he studied History and Economics. He was interested in sports from early days and participated in different school and colleges competition. He later changed his interest in drama and pursued his career in acting from the same University.

Sean started his acting career from the short movie Sergent, Slaughter, My Big Brother, portraying the character of Derek. The short movie was directed by Greg Williams in the year 2010. The same year, he got an opportunity to play in a live action children’s television program, Summer in Transylvania, created by Andy Watts.

The following year, he landed the lead role of Nick Levan in a British teen drama series, Skins. The drama series was created by Bryan Elsley and Jamie Brittain which has about 61 episodes in 7 series. He received recognition for his role in the TV series by the viewers.

He also appeared in few of the Hollywood movies including Survivor, one of the British-American spy thriller movie directed by James Mc Teigue in the year 2015, starring Milla Jovovich and Pierce Brosnan in the lead role.

Though he appeared in several TV drama shows and movies, the role Louise de Conde rose his name and fame in the industry. Moreover, his upcoming television series is The Gifted created by Matt Nix. The TV series is based on Marvel Comics’ X-Men film series.

Sean is in a lovely relationship with an Australian actress, Adelaide Kane, since 11th November 2014. The couple has even shared their romantic moment in their social sites including Instagram account. The boyfriend-girlfriend first met on the set of the series, Reign and are together ever since.

Sean is one of the leading actors, who has got a bright career in his near future. Though there is no exact figure regarding his net worth, looking at his lavish lifestyle, he probably has a net worth in seven figures. His girlfriend, Adelaide Kane has a net worth of $4 million.