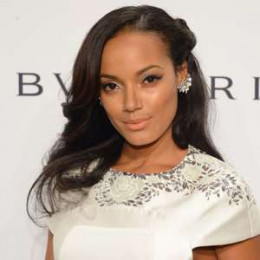 Selita Ebanks, a Cayman-born British actress and a fashion model, is currently single. She is known for her work with Victoria’s Secret from 2005 to 2009. Selita was born to father who is a New York police captain and was raised in a big family. She completed her graduation from the New York University. Selita was discovered by a modeling scout at the age of seventeen. She has worked with high fashion brands including Ralph Lauren and Neiman Marcus.

Selita Ebanks appeared in Sports Illustrated's Swimsuit Issue of 2007. She was ranked the twelfth highest paid supermodel for 2008, earning $2.7 million by Forbes. Selita runs her own talent school "Stardom Youth Foundation" in her hometown Cayman Islands since 2006. She is currently single and has a very long dating histories. She has dated lots of guys. Selita was once engaged to the American model Nick Cannon.