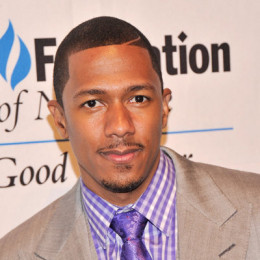 Nicholas Scott is a multi-talented personality. He is an American comedian. Actor, entrepreneur, rapper, record producer and radio as well as a television producer. He had started his professional career when he was in teenage. His mother Beth is an accountant and his father James Cannon is a motivational televangelist. In 1998 he had graduated from Monte Vista High school. In his career, he had been nominated and also has won various awards including Hollywood Film Festival award.

Nick Cannon was born on 8 October 1980 in San Diego, California to the family of James Cannon and Beth Gardner. His birth sign is Libra.

He was largely raised by his paternal grandfather. He and his father often called him 'dad'. He spent most of his childhood days in Lincoln Park's Bay Vista Housing Projects in Southeast San Diego. 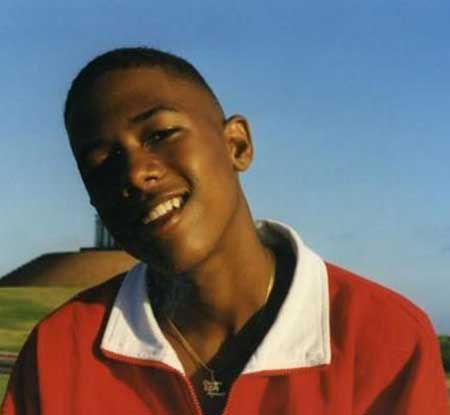 After losing a close friend, he left the 'Lincoln Park Bloods'; a street gang. He started his career doing stand-up comedy on his father's local cable access program.

He started his musical career forming the rap group "Da G4 Dope Bomb Squad' with his friend Steve Groves. He formed his own record label, Can-I-Ball Records in 2005 and released his studio album, Stages.

Canceling the old record label, he created a new label 'N'Credible Entertainment. In December 2011, he released his debut mixtape 'Child of the Corn'.

Apart from his musical career, he produced, created and hosted the MTV improv comedy series Wild 'N Out in 2005. He hosted Nickelodeon's Kids' Choice Awards in 2005 and Nickelodeon HALO Awards alongside Justin Timberlake, Kelly Rowland, Alicia Keys, and LeBron James.

Apart from his TV and radio shows he appeared in some movies including Men in Black II, Drumline, Even Money, Whatever It Takes, and Roll Bounce.

Cannon's highly successful comedy show Wild 'N Out is preparing for its 13th season. He announced the news via an Instagram post.

In 2003, he received Black Reel Awards nomination for Best Breakthrough Performance-Viewer's Choice. He won the Ensemble of the Year in Hollywood Film Festival in 2006.

Cannon, 38, has an estimated net worth of about $50 million as of Celebrity net worthwhile it is about $20 million as per the Richest receiving a salary of about $10 million.

He received $70,000 per episode on America's Got Talent and he has a salary of about $10 million. He sold his Los Angeles mansion for exactly $9 million.

The 11,750 square feet home with 6 bedrooms and 6 full and 3 half bathrooms was purchased for $6.975 million in April 2009. Following his separation from Marah Carey, he is reportedly renting his home for $11,000 per month in Saddle River, New Jersey.

Carey and Cannon tied the knot on 30 April 2008 at her private estate on Windermere Island in The Bahamas. Carey gave birth to fraternal twins; Moroccan Scott Cannon and Monroe Cannon on 30 April 2011; the third wedding ceremony of the couple. 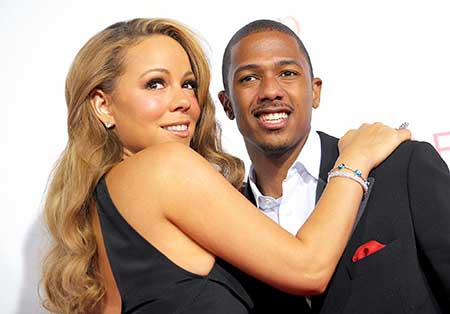 Nick Cannon with his ex-wife Mariah Carey.
Source: US Weekly

The pair separated after six years of living together. They parted ways in August 2014 while their divorce was finalized earlier in January 2016. After separating from husband, Carey was shortly linked to Australian businessman James Paker in 2016.

Though Nick and Carey are no more together, they have no bad blood. He is still proud of his ex-wife who revealed that she was diagnosed with bipolar disorder in 2001. The two supported each other in their difficult times in the past as he also suffered from his health issue due to lupus. 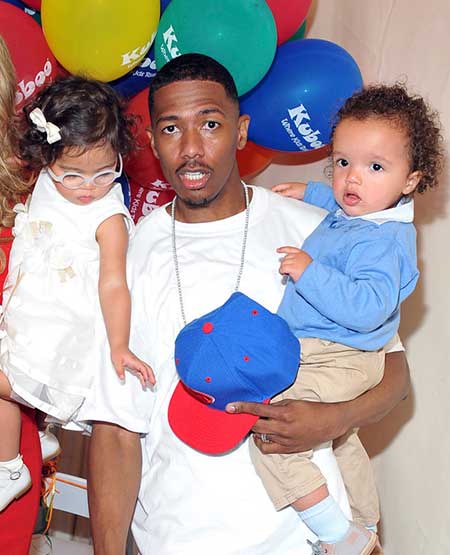 Cannon dated model Jessica White and kept their relationship low profiled back in 2015. He was also in a relationship with former Miss Arizona USA Brittany Bell. Bell gave birth to their son, Golden "Sagon" Cannon on 21 February 2017.

He loves romance but he stated that he will never get married again.

Things started when Eminem released the 2009 album Relapse containing the title track 'Bagpipes from Baghdad'. The song was intended to poke fun at Cannon's then-wife Carey. Cannon responded on his act via Twitter and released a video 'Obsessed' aiming at Eminem.

Eminem made a quick response releasing a mixtape-style track 'The Warning' pointing both Carey and Cannon. Everyone thought things are finally over until Cannon released 'I'm a Slick Rick'. In October 2011, he published another song 'Warning (Remix)' aimed at Eminem.

His first wife is a singer. He had married her after dating for two and a half month. But due to some reason he has filled for divorce.

He has twins children from his wife. one of them is a baby girl and her name is Monroe Cannon.

His another twin child is a baby boy from his wife. His name is Moroccan Scott Cannon. The both baby were healthy during the time of delivery.