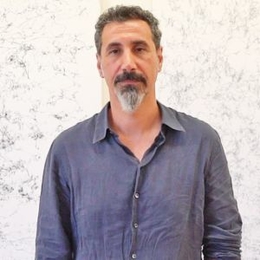 Do you love listening to rock music? If yes, then you probably know an Armenian-American musician and singer, Serj Tankian. Those who are unaware of the fact then he is none other than the lead vocalist of the band System of a Down. Besides, for the band, he is also the songwriter, keyboardist, as well as an occasional live rhythm guitarist.

Married Life With His Girlfriend-turned Wife

These days, we often hear about breakups and divorces due to which many people do not have faith on true love. However, those who do not believe in it, here we have a perfect example for you. It is none other than that of a musician Serj Tankian and his spouse Angela Madatyan. 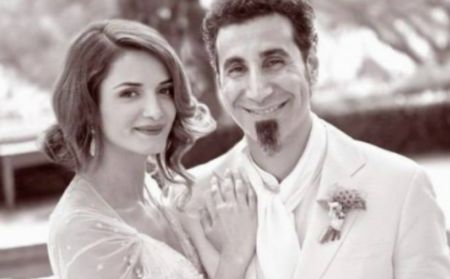 Tankian and his wife Angela married after dating for almost eight years. His partner is an American designer, hairdresser, and stylist. Since day one of their affairs, the lovebirds were open and frequently made public appearances together in events and shows. Further, they never hesitated to talk about their love life in interviews.

The lovebirds exchanged the vows on 10th June 2012 in an intimate ceremony. They kissed and pronounced husband and wife in front of their family and close friends in Simi Valley, California. It is a dream come true for both of them. 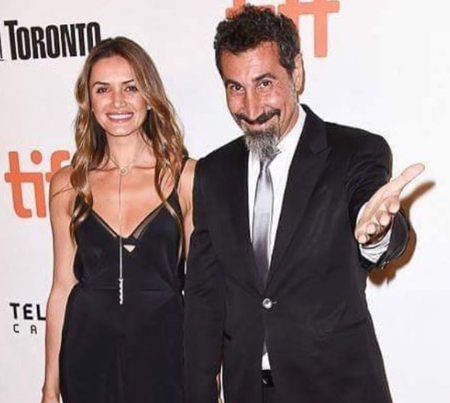 Ever since their wedding, the couple is still together and maintains a good bond without being part of unwanted rumors and controversies. Together, the lovebirds attended the 2016 Toronto International Film Festival.

They are the perfect examples of perfect and true lovers. System of Down vocalist occasionally shares photos of his spouse on his social accounts. On the other hand, his partner is secretive and has kept her social account private.

Shares A Son With His Spouse

Serj Tankian and his wife Angela Madatyan are in a conjugal relationship for over seven years. They are proud parents of a child. Two years later, their wedlock, the duo welcomed their baby, son Rumi Tankian on 24th October 2014. 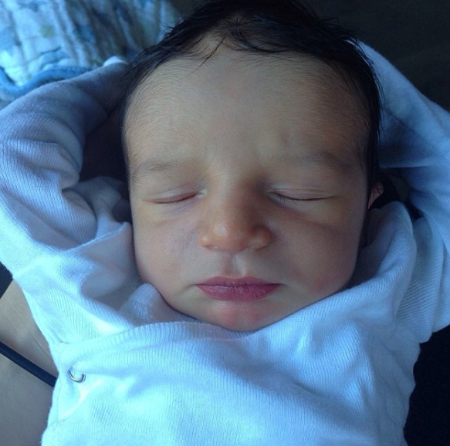 The singer announced the happy news of their child's birth via Instagram on 25th October 2014. He uploaded a lovely picture of their newly born baby. Soon, their fans began showering the pair with congratulatory messages. 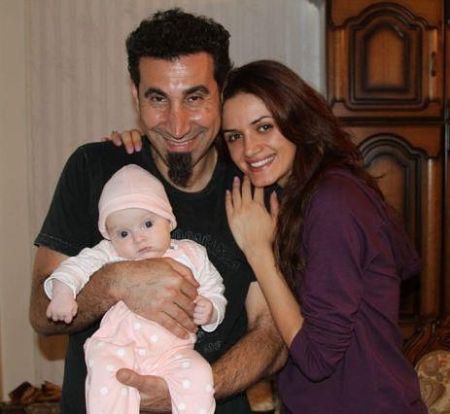 Serj Tankian with his spouse and son SOURCE: Pinterest

Tankian is a loving and caring husband as well as father. Despite being busy with his handful of projects, the musician manages time to spend with his family. Currently, the family of three resides in New Zealand, but they maintain a low key. Maybe they are doing so to be away from unwanted rumors and controversies.

His Net worth Is 20 Million!

Armenian-American musician, Serj Tankian, is widely known among people as a member of the Grammy Award-winning American rock band System of a Down. Tankian, along with Daron Malakian, Dave Hakopya, and Domingo Laranio, founded the band in 1994.

Initially, their band was named as Soil. However, they later split, and Tankian, Odadjian, and Malakian formed System of a Down. They chose the name after a poem Malakian wrote called Victims of a Down. Their team then began touring to the Southern California rock clubs. 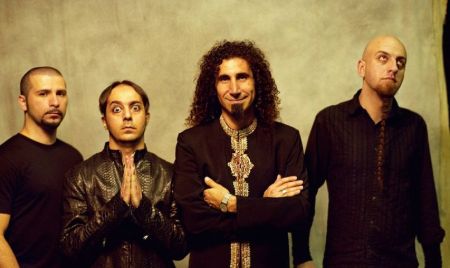 Serj Tankian and his System Of Down members SOURCE: Consequence of Sound

Soon they became popular and even won Best Hard Rock Performance in 2006. They, however, went to hiatus in 2006. During their break, Tankian carried out a solo career. Later, the band returned on 29th November 2010. Since then, they are actively working.

From his solo as well as band career, Tankian summons an astonishing amount of money. He has maintained a net worth of around $20 million.

System Of Down band member Serj Tankian exchanged the vows with his long-term girlfriend Angela Madatyan.

Rumi Tankian is the son of an Armenian-American musician Serj Tankian and his wife Angela Madatyan.