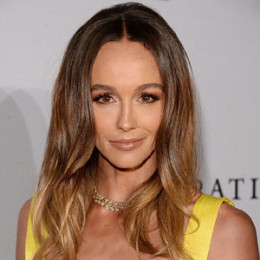 Sharni Vinson is an Australian model, actress, and dancer, well recognized for her roles in Bait 3D, Home and Away, and You're Next.

Sharni Vinson was born 22nd July 1983 in the southern beach suburb of Cronulla. During her teenage, she took training for swimming, and won at a national level swimming, with a total of four state records during high school.

As per her interest in dancing, singing, and acting, which she pursued at a young age. Vinson is the third generation in her family of performers. When she was twelve years, Sharni enrolled at the Brent Street School of Performing Arts.

Sharni's career began at the age of seventeen as a musician. Vinson and three girls formed an R&B/Pop girl group 'Foxfire IV. The group released their only single "Roses." However, their song couldn't grab much attention from the audience; later the group was disbanded.

After the separation from the band, she made her acting debut playing minor characters in two episodes of the Australian soap opera 'Home and Away' from 2001-2003.

Vinson made a great impression on the casting agent of the 'Home and Away' which landed her a regular role as Casie Turner on the series.

Later in 2009 March, she appeared as Natalie, the female lead in Step Up 3d. Her role in the film was considered the most popular role till date.

In October 2010, Vinson appeared in an Australian movie called 'Bait 3D', portraying Tina, who is the protagonist's former girlfriend.

Vinson then appeared in the Australian independent film 'Patrick' in March 2014. The movie is a remake of the 1978 film of the same name.

Sharni Vinson is currently single. However, she has dated a couple of guys previously.
Her first affair was with A.J. Buckley, an Irish actor. The couple began dating from 2007 and broke up after two years of their togetherness in 2009.

After that, she began dating Kellan Lutz, an American model and actor, well recognized for his appearance in 'The Twilight Saga' film series. Their relationship lasted for two years from 2011-2013.

Sharni Vinson earns a decent amount of money from her successful career as an actress and a dancer. She has appeared in numerous TV series, and movies, which add up to her total net worth that is estimated to be $ 1 million.