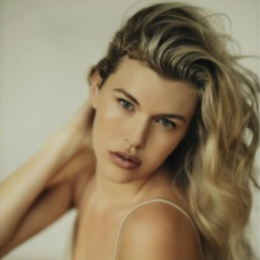 Sharon Hinnendael is an American model, actress, entrepreneur, and producer who won the hearts of many through movies Rites of Passage, Embrace of the Vampire, and Kissing Strangers. Currently a businesswoman, she is the owner of a thrift and vintage women's clothing boutique shop, Door Country's Sustainable Style.

Sharon Hinnendael is possibly single at the moment. As per her recent interview, the Look star stated that she has been a single mom to her two loving children. She has not been romantically linked to any men ever since she divorced her estranged husband Brett Novek. 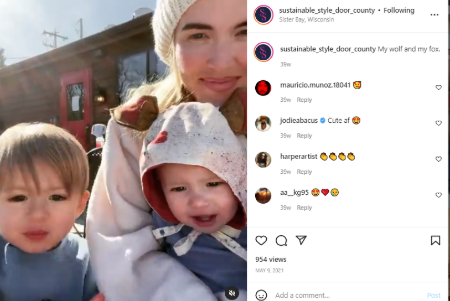 Hinnendael has previously married her boyfriend Brett Novek between 2016 and 2017. Sharon became pregnant with her son Henry at age thirty-three and welcomed a baby in 2019. Likewise, the starlet gave birth to her second child Alice in April 2020.

Sharon Hinnendael has summoned an estimated net worth of $1 million. She bags he chunks from her long-term career as an actress, producer ad entrepreneur.

Check out the clip of Sharon Hinnendael advertising her clothing line Sustainable Style!

Sharon is the founder of merchandise named "sustainablestyle.us"  Also, Sharon is paid well for signing with the Ford model since 1998. 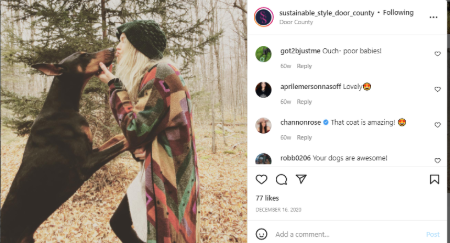 Hinnendael presently works as a Feng Shui Interior Designer based in 217 N 4th 15 Sturgeon Bay. She runs a kid-curated second-hand, vintage clothing store. The glowing baby mama does modeling and interior design jobs when she is not managing her merch.

Brett Novek and Sharon Hinnendael were married for three to four years. Together, the couple shares two adorable kids.

Henry Novak was born in 2019 as the first child of Brett Novek and Sharon Hinnendael.Henry has a younger sister Alice.

Brett Novek and Sharon Hinnendael welcomed the couple's second child in 2020. Alice is currently A year and half old.