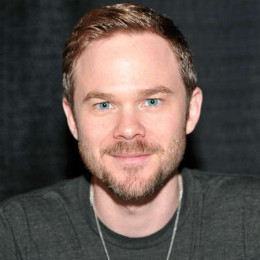 A Canadian film and television actor who is recognized as Iceman in the X-Men film series. He is also popular for his role as Jake in the television series Animorphs. He is son to Rick Ashmore, a manufacturing engineer and Rick Ashmore, a manufacturing engineer. He has one twin brother named Aaron Ashmore who is also an actor. He completed his schooling from Earnscliffe Senior Public School. He was seen in the lead role of SciFi Channel mini series Legend of Earthsea. In 2007, he was casted as Cadet Major Brad Rigby in Cadet Kelly which is a Disney Channel original film. He was again seen in the role of Iceman in X-Men: Days of Future Past in 2014.

Regarding his marital status, he is already tied in knot with his longtime sweet heart. They first met each other while they were filming for movie named Frozen, after that first meeting they started dating and finally got married too. Prior of dating her, he was in relationship with his girlfriend who portrayed the role of Nona F. Mecklenberg in The Adventures of Pete & Pete. They dated for two years.

She is an actress and vice president of Darkwoods Productions. They make a very cute couple. Till do not have any kids yet.