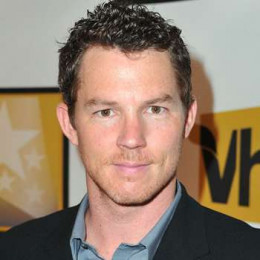 Shawn Wayne Hatosy is a actor, best known for his portrayals in the films such as The Faculty, Outside Providence, Anywhere but Here, The Cooler, & Alpha Dog. He also played the role of Detective Sammy Bryant on the TNT crime drama series Southland. He began his acting career at age 10 in local theatre and on Maryland Public TV. He is the son of Carol Ann, a loan officer and Wayne Thomas Hatosy and has a Hungarian and Irish ancestry.

Moving on to his personal life, he is a happily married man. The actor who played John Cooper on Southland co-starring Michael Cudlitz has been enjoying his marital relationship with his beloved wife since 2010 and together the couple has raised two children, sons. The couple is together since 2004 and still, they have the same bonding and mutual understanding with one another so there is no point in talking about their divorce. Currently, the family resides in Los Angeles.

She is the one and only beloved wife of Hatosy, who by profession is an actress. They have raised two sons from their marriage.

He is the youngest son of Mr and Mrs. Hatosy, whose date of birth has not been disclosed to the media yet.