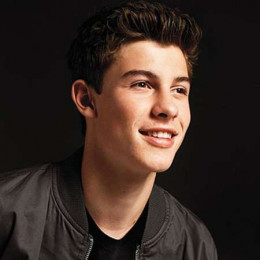 Shawn Peter Raul Mendes is a singer and songwriter, who came to prominence on YouTube and Vine through his affiliation with the popular Vine group Magcon Boys. In 2014, he released his first single titled "Life of the Party". Right after the release of his self-titled EP peaked to no.1 in 2014 on the iTunes charts in under 40 minutes. He is the son of Manuel Mendes, a businessman and Karen, a real estate agent.

Talking about his sexuality, he is straight. He is a handsome young fellow so it does not take so long for girls to fall for him and he is often romantically linked with several gorgeous ladies such as Camila Cabello, Taylor Swift, Bethany Mota, and Lauren Giraldo. As there is no exact information regarding his girlfriend, he is assumed to be being single. To stay connected with him we can follow him on Twitter @ShawnMendes.

Shawn Mendes was born on 8 August 1998 in Toronto, Ontario to Karen Mendes and Manuel Mendes. He belongs to Portuguese and English ancestry.

He has a small sister named Aaliyah Mendes. He studied at Pine Ridge Secondary School.

He started gaining attention from his fans when he started posting song covers on Vine in 2013.

He released three studio albums with three world tours and also received many awards and nominations.

He released his third studio album in 2018 with the lead single "In My Blood". All of his studio albums peaked in the US Billboard 200.

He became one of the 100 most influential people in the world in 2018.

Mendes has an estimated net worth of about $12 million at present.

Till date, Mendes has not revealed any information about his dating life and girlfriend.

When many of his fans and media questioned about his sexual preference time and again, he clearly stated that he's not a gay. 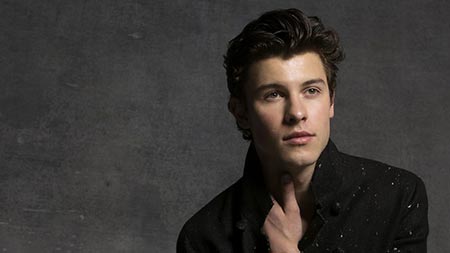 "First of all, I'm not gay. Second of all, it shouldn't make a difference if I was or if I wasn't. The focus should be on the music and not my sexuality."

Apart from his affair, he opened about his struggles with anxiety disorder.

You May Like: What is Dissociative Identity Disorder? Know Details of the Celebrities Who are Suffering From the Psychological Condition

He revealed about his issue clearly through 'In My Blood'. Further, he stated that he underwent therapy to deal with the mental health condition.