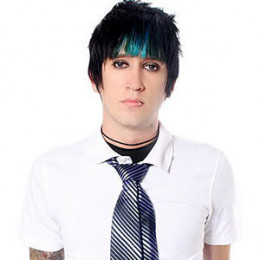 Shawn Milke is an American lead vocalist as well as a rhythm guitarist in the band "Alesana". He became well known after the debut album named Frail Wings of Vanity and Wax was a grand success. After the release of his debut album, his fan following also increased. Before fame, Shawn used to play with the founding member of the band. Late on in 2004 they officially formed a band. There is no any information about his father and mother.

Shawn Milke started playing with the founding members of the band,Dennis Lee, Patrick Thomson, Steven Tomany and Daniel Magnuson and they officially formed later in 2004 in North Carolina. He also plays piano for his side project Tempting Paris. Shawn is married to Naima and they have two children together, both of them sons. As of now, there are no signs of their separation.

Shawn has been married to Naima since 2011. They have two children together, both of them sons.