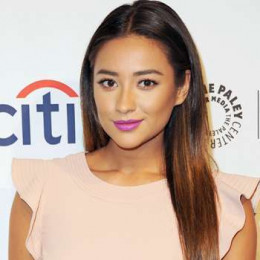 Shannon Ashley Shay Mitchell is a Canadian actress, model, entrepreneur and author. Shay is best known for her role as Emily Fields in the Freeform series Pretty Little Liars. She has won Teen choice award as best television actress for Pretty Little Liars in 2015. She is the daughter of Mark Mitchell and Precious Garcia. She is a social activist. She supported Somaly Mam Foundation, a non-profit organization that fought sex trafficking.

Shay Mitchell is currently single. She is not in any kind of relationship. She is not married as well. Earlier in 2018, she was rumored to be dating Matte Babel, there was no confirmation from both the couple, so the rumors were just airy. Shay was in a relationship with an actor for about a year. According to the source, the couple did not have good bonding and fought a lot within one year of their relationship. They broke up soon.