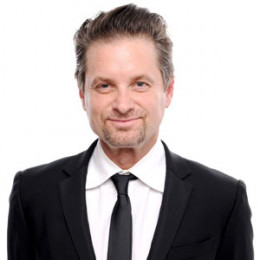 Franklin Shea Whigham Junior, recognized as Shea Whigham is an American actor. He is famous for the role in HBO Drama series Boardwalk Empire as Elias. His 2013 release Fast and Furious 6 was listed in the blockbuster chart which featured actors like Vin Diesel and Dwayne Johnson.

Franklin Shea Whigham was born on January 5, 1969, in Tallahassee, Florida, U.S.  He was the son of an attorney Frank and  Beth, a school librarian.  He moved to Lake Mary, Florida when he was five years old along with his sibling and family. He studied at Tyler Junior College in Tyler, Texas and then transferred to the State University in Purchase, New York.

Franklin debuted as an actor for the television series Ghost stories and the movie Tigerland in the year 2000. He co-founded  New York City theater troupe The Rorschach group with his roommates Kirk after his Graduation.

He appeared in the television films RUSH  along with Chris Hemsworth and Daniel Bruhl, and Paradise. Whigham was also seen in the movie All the real girl in 2003. Between the year 2004-2006, he appeared in the Japanese film Out of the world, the drama television series Medical Investigation and the films Water, Man of the House, Faith of my father, Lords of Dogtown, Psychic Driving.

Whigham has a regular role on the HBO Series Boardwalk Empire as Elias Eli Thompson, sheriff of Atlantic country, New Jersey. His  2013 release Fast and Furious 6 was listed in the blockbuster chart which featured actors like Vin Diesel and Dwayne.

Franklin is a married man. His wife's name is Christene Whigham. The couple has four children. But the names and details regarding their kids have not been shared with the media.

Well, the husband and wife are living a happily married life with no signs of getting a divorce.

Franklin was married to Christine Whigham.The couple has four children and are living a happy life along with their children.