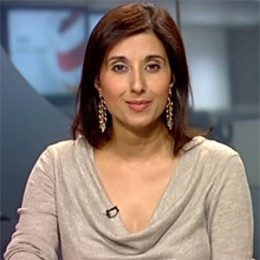 Shefali Oza is the main water presenter on BBC Birmingham�s Midlands Today, the regional news programme broadcast on the Midlands of England, but also carries out some news presentation work. She began her career with the team as Midlands Today�s first ever weather presenter in January 1993. Before beginning her career, she trained as a solicitor. Oza is said to discovered at an audition day organised by BBC�s Multi Cultural Programmes Unit.

Taking about Ozas’ personal life, she was a married women. It is also unknown if she is recently dating anyone but it seems like she is single and happy.

Shefali Oza was born on 24 September 1967 in Bombay, Maharastra, India. Her birth sign is Libra.

Her father is a GP based in Nottingham. She completed her Master's degree from University College Worcester. She also studied at Birmingham University.

Before starting her TV career, she trained as a solicitor.

She was discovered and selected at an audition day which was organized by the BBC's Multi-Cultural Programmes Unit. The programme was in search of new faces for Network East.

She was one of the popular Asian faces on TV. In 1993, she joined Midlands Today co-starring Joanne Malin that produced weather-related news and community features. 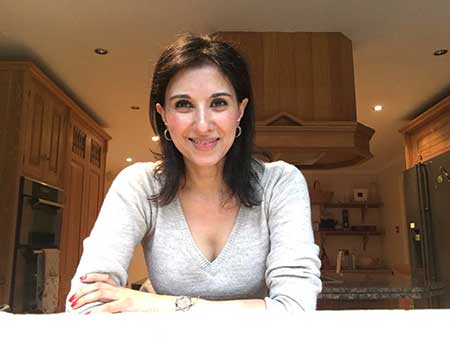 She was the first female civilian to spend a week on the Royal Navy submarines HMS Splendid.

She was praised with an Honorary Masters recognizing her achievements in broadcasting in 2003.

Apart from her broadcasting career, she was equally active in regional contributions to the BBC's live national programming and campaigns like Children in Need.

The current net worth and salary of Oza is still a mystery.

However, it is known to all that she's currently residing at her home in the Birmingham suburb of Moseley.

Talking about her residential area, she said,

"I’ve lived in Moseley for a very long time and it’s only in the last year or so I’ve discovered what a lovely place Moseley Village is. I know it sounds strange! I used to go to posh, upmarket restaurants around the city center but in Moseley you can have just as delicious meals at very boho, chic family-run restaurants that are really warm and relaxing. It’s great to know I’ve got this all on my doorstep."

Oza was previously a married woman. She met her future husband while working on Midlands Today where he worked as a cameraman.

She was married to her husband Jamie Knights. Their wedding ceremony was featured in the news programme. But their marriage couldn’t last long as they divorced two years later. There is no information on her children or the reason for their divorce.

Besides her family life, she has some interesting hobbies. She is a foody person and prefers visiting her favorite restaurants frequently. Some of the restaurants in her list are Sabai Sabai, Imlees, La Fibule and Damascena.

During holidays, she prefers to visit her favorite place in Birmingham-The Edwardian Tea Room at Birmingham Museum and Art Gallery.